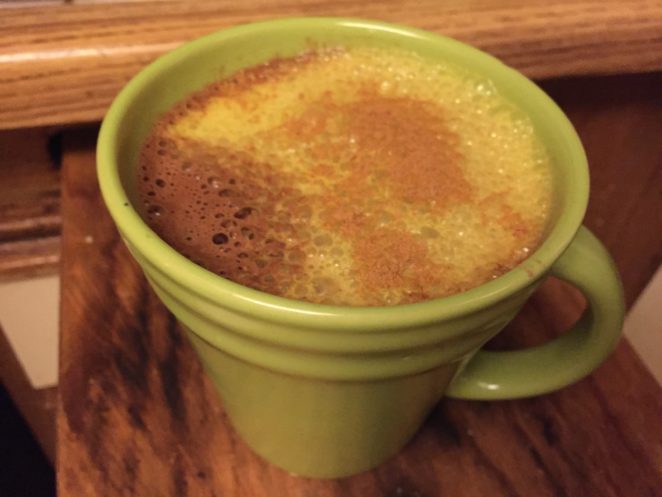 I recently bought the Coffee Break Writing booklets for the writing exercises, especially when I am experiencing writers’ block. But I enjoyed a cup of herb tea on my break.

Today, I decided to freewrite about three different items around me.

The large wooden duck statue, standing still in attention, ever so straight and upright, appears to be a majestic duck mannequin, modeling its carvings, painted areas, and shiny mirror décor spots in red, green, blue and white. The wooden foundation, painted gold over black, has a rustic and antique-looking façade, similar to a royal and elegant duck with a historical past.

A smooth gold figurine sculpture of a sad and lonely woman, sitting on the ground, crouched over her knees, arms hugging her legs and knees, while head lays over her knee. She appears to be in deep thought, contemplating and maybe even wondering about something sad. The shiny and smooth body curves and face, from head to long torso to long limbs, appears to be creamy and soft.

Gold figurine sculpture number 2 depicts the lovers, standing in a close and tight embrace. The soft shiny curves of the two bodies melting into each other, similar to a candle melting via a hot, passionate fiery flame. Buy the smoothness of the two bodies combined together into one depicts true love.

My yellow toy new Beetle I bought at the OC Fairgrounds in 2015 for $1.00 because it looked like the mini-me of my 2012 yellow New Beetle. Two door open outward and the wheels move normal, opposed to the fancy black toy New Beetle that I bought at the mall, which as a colorful surfboard lying over the top and the back wheels roll back to move forward on its own, which was a couple of dollars more.

(The snapshot is of an old photo of, I think, hot chocolate. I don’t even remember what I was drinking at the time)