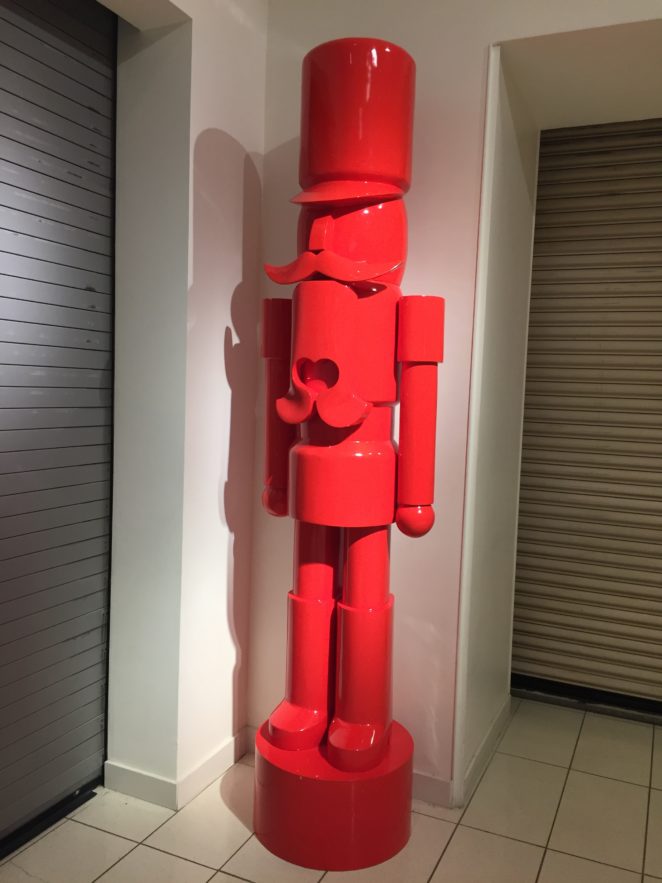 Today, I was able to drive through Harvard Avenue because the street is now opened. Yesterday, this street was closed, and I needed to find an alternative route to go to a movie theater. As I drove on Harvard Ave today, I noticed another candle and flowers memorial by the Asian churches, across the street from my townhomes association and the local park. This memorial was bigger than the one a block away on Michelson Drive, across from the synagogue. The latest accident involved four young people in the car, and the car crashed into some tree and burned into flames. One man survived, but he has brain injury. There seems to be a lot of accidents on my street. I live on Harvard and University, where the accident happened. I drive on that street so many times, back and forth.

As I drove to the South Coast Plaza Village Center, I noticed the sun was shining very bright. The weather was nice today. After parking my car, I had time to walk across the street to check out Showcase Gallery. I missed the December reception because they stopped sending out postcards. But I noticed that the next reception will be on 1.11.20.

I walked back to Regency Theater, bought my ticket, and bought salted pretzel. It was warm and soft, and I needed the salt for my body.

The Nutcracker and the Mouse King was a story writting by Prussian author E.T.A Hoffmann. I have the Nutcracker book, in which I have read a couple of times in the past. It is a cute book.

But today’s Bolshoi Ballet performance movie of the Nutcracker is ballet performance, which involved a wizard, Clara, the nutcracker, sugar plum fairies, Mouse King and his Mouse Army, soldiers, and other ballerinas in different outfit. The background stage scenes looked simple but artistic, of either a winter white scene, or an inside scene with a huge Christmas tree and rocking horse. There is also a surreal scene of a rocking boat and butterflies.

The Russian Ballet performance had two Acts. The first act is when Marie gets a nutcracker doll from her grandfather on Christmas Eve. By midnight, all the toys came to life dancing and prancing on the stage. There was sudden chaos from the mouse invasion, as the tin soldiers and Nutcracker fought the Mouse King. (But I remember from the book that the Nutcracker breaks. It didn’t break in the ballet performance. In the book, her name is Clara, but in this ballet, she is Marie.).

In Act 2, The Nutcracker fought the annoying mice away, displaying and presenting the Mouse King’s crown and purple cape to Marie. He is no longer broken, and he has turned into a Prince, where he whisks Marie away into fairytale candyland via a magical boat. They appear to live happily ever after together, filled with happiness and celebrations. Marie soon realizes it was all a dream.

Directed by Isabelle Julien, choreographed by Pyotr Ilyich Tchaikovsky, music direction by Pavel Klinichev, and hosted by Katerina Novikova in three different languages–English, Russian, and French, the main cast included Marie played by Margarita Shrainer, The Nutcracker/Prince played by Semyon Chudin, Drosselmeyer played by Denis Savin, and The Mouse King played by Alexander Vodopetov. There were also the Bolshoi Corps De Ballet, which included the mouse army, tin soldiers, sugar plum fairies, and other ballet dancers in different costumes. It was pretty, flowy, and classic dancing. I like watching Russian ballet because they are detailed, passionate, and perfect in their dance moves. They body gestures and facial expressions help tell the story, which is filled with emotions and drama.