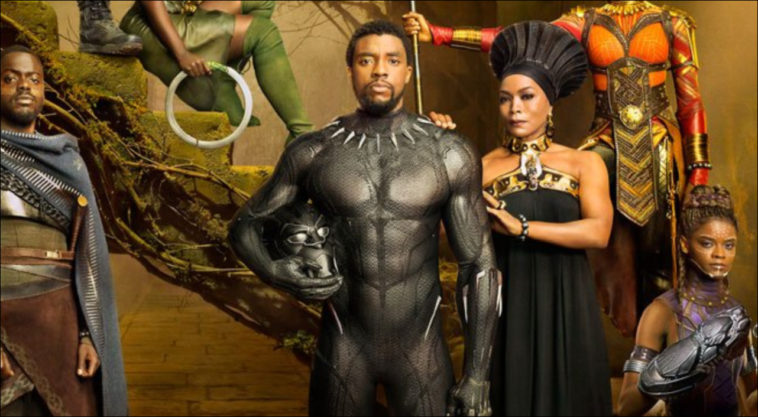 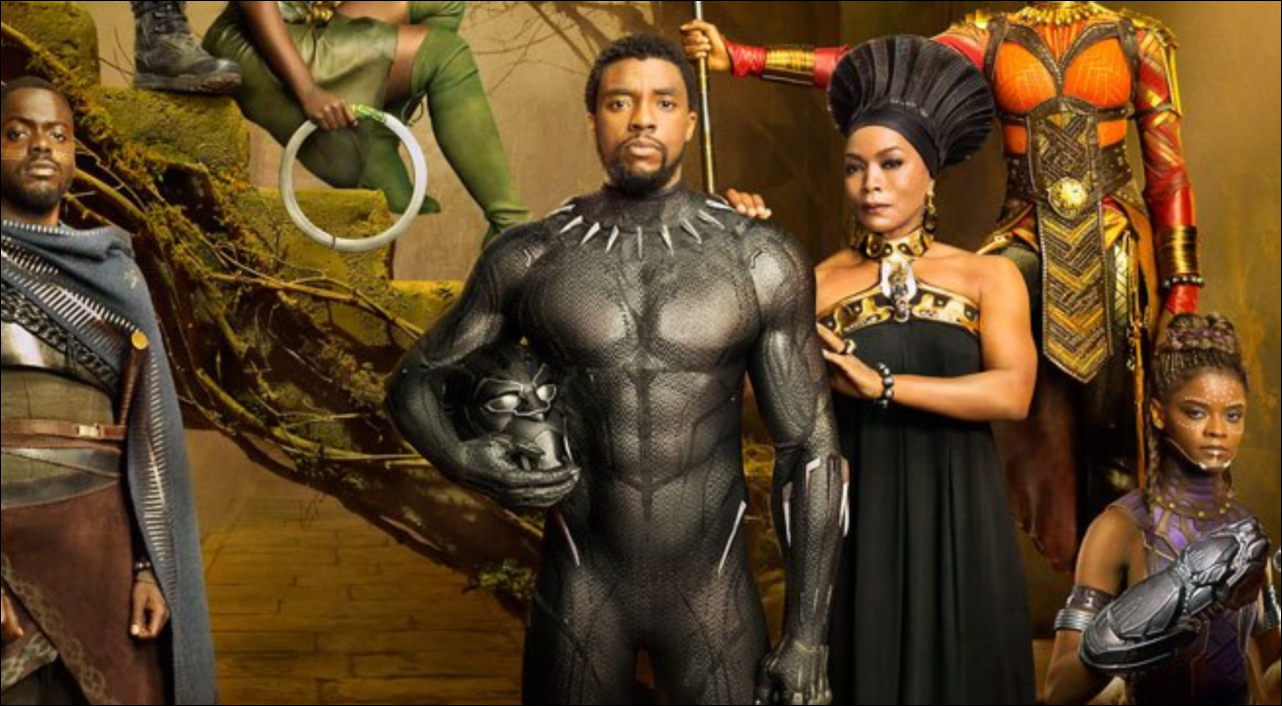 So, after the controversy kicked up by Jada Pinkett–Smith and her friends over not enough black nominees at The Oscars (sulking because her husband Will was ignored for his boring film ‘Concussion’, if you ask me), Hollywood had to react and black talent dominated the nominees the following year, acting and directing wins for Moonlight, Fences and Hidden Figures.

In that febrile atmosphere it was a great time to release a big and bold budget empowering superhero epic for that black audience, and like the 2008 US Presidential election and Barak Obama, black did indeed vote black and made The Black Panther the ninth biggest grossing movie of all time at $1.3billion and the highest for a solo themed comic book hero film. It is comfortable the highest grossing film by a black director, and if the next Bond is black for politically correct reasons it will be Chadwick Boseman for me. He has the lot!

Black cast and directed movies are normally those terrible romantic comedies where Cherice gets with Jerome and so it doesn’t help the actors get good jobs in white Hollywood. The real reason they don’t have massive success is they tend to want to act and not direct, or, most importantly, produce. White actor Martin Freeman, who co-stars in the movie, responded when asked whats its like being one of the only few non-black actors on the Panther set said … “You think, ‘OK, this is what black actors feel like all the time?'”.

Wesley Snipes wanted to play the Black Panther back in the 1990s ever since Marvel approached him with the project, so he went to Columbia Pictures with a script.      It did not happen and the green screen rolled up.

Ancient African myth scrolls that five great African tribes went to war over a meteorite containing vibranium, a super element unknown to the rest of the world. One warrior swallows a “heart-shaped herb” affected by the metal and gains superhuman abilities, becoming the first “Black Panther”. He bravely unites all but the Jabari Tribe to form the nation of Wakanda. Over time, the Wakandans use the vibranium to develop super advanced technology that allows them to hide themselves away from the world by pretending to be a Third World country whilst cloaking technology hides their advanced city, determined to keep the element away from the rest of the world, if just to protect them from it.

So in the present day, following the king’s death, his son T’Challa (Chadwick Boseman) returns to Wakanda to take the throne. He and Okoye (Danai Gurira) are on a daring mission to rescue T’Challa’s ex-lover Nakia (Lupita Nyong’o) from an undercover assignment so she can attend his perfunctory coronation ceremony with his mother Ramonda (Angela Bassett) and younger sister Shuri (Letitia Wright) also present. But at the ceremony, the more aggressive Jabari Tribe sees their leader M’Baku (Winston Duke) unexpectedly challenge T’Challa for the crown in traditional ritual combat on the edge of the great waterfall. T’Challa defeats M’Baku and persuades him to yield rather than die, sending him back to the mountains where he came from with his tail between his legs.

Meanwhile back in London, Klaue and fellow partner in crime Erik Stevens (Michael B. Jordan) steal a Wakandan artifact from a London museum. T’Challa, now the Black Panther, with his team, tracks them down to Busan, South Korea, where Klaue plans to sell the artifact to CIA agent Everett K. Ross (Martin Freeman). A shootout erupts and Klaue attempts to escape but is trapped by the Black Panther, who reluctantly releases him to Ross’ custody. Klaue blabs about the mythical city of the all powerful vibranium and soon Ross will get to see the legend for real.

For all the hype Black Panther is fun but forgettable and noticeably won no Oscars. If this was a mostly white superhero movie the critics would simply not have been as nice as they were. It feels like they needed to be on-message for the good of Hollywood. It’s a good craic as the Irish say but nothing special. It was clearly aimed at black audiences with lots of black culture references, comedy and cracking action and special effects to get the most response. I’m not quite sure the black community was that empowered by it but it certainly hit the right notes. Remember more black Americans found work under Trump than Obama.

Director Ryan Coogler compared the fictional Wakanda vibranium mines to the real-life situation of the Congo mines, where the valuable mineral coltan (used in manufacturing digital products, found only in the Congo region) is being mined although he didn’t mention it’s by slave labor and young black kids. But I’m sure that’s all to do with white imperialism through history than greedy African warlords.