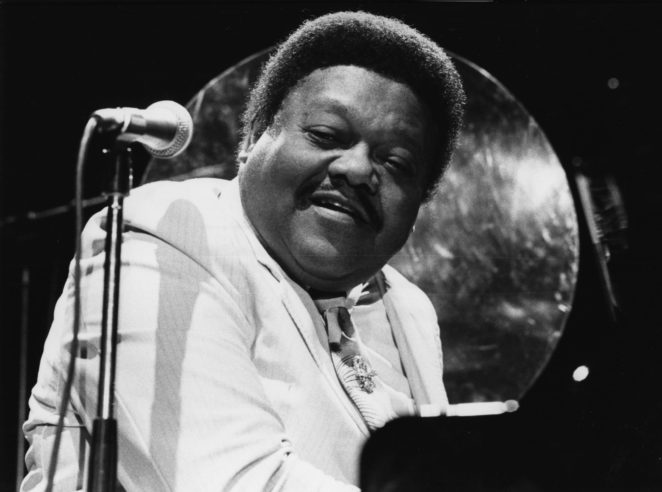 Antoine “Fats” Domino who was one of the Founding Fathers of Rhythm And Blues or it is called by the mainstream media “Rock And Roll” which was loved by the teenagers but hated by their parents generation passed away of natural causes in his home of Harvey Louisiana which is a suburb of New Orleans in the area called the West Bank even though it is south of the downtown area of New Orleans.

Antoine gained his nickname “Fats” do to his huge weight size when he played the piano at clubs in New Orleans as a teenager. Domino may not have been as controversial as other artists who gained fame as rebels against the musical system but his hit records like “I’m Walkin'”. “Blueberry Hill”, “Ain’t That A Shame” among others made him one of the greatest musicians of his era.

Domino who lost his home in The Lower Ninth Ward in New Orleans when Hurricane Katrina struck the Crescent City in 2005 moved to his current home in Harvey Louisiana where he continued to record music and perform concerts.

Domino who along with the late Louis “Satchmo” Armstrong have put New Orleans on the map through their contributions to the music industry.

Armstrong through his jazz music and Domino with rock and roll music. Thanks for the memories Fats Domino, your music will live on for many years to come.