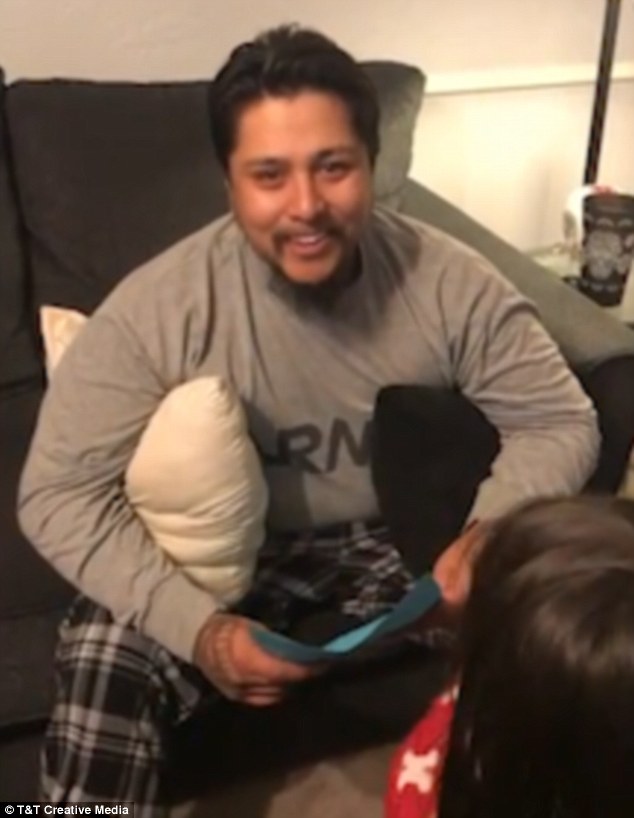 Rudy Pena who currently lives in Amarillo Texas who suffers from depression and PTSD from his two deployments to Iraq as an U S Army medic after he returned from Iraq received the best gift from his wife Samantha and his children Aubrie, Trever and Adrian  on Father’s Day.

Pena who served 10 years in the U S Army as a doctor is eligible to receive the services of a service dog. The catch is that service dogs cost around $20,000 to $30,000 dollars.

However Samantha was able to find a dealer that would sell her a service puppy to a lower price that fits in her price range.

Then on Father’s Day, the Pena family showed Rudy his reward for his service to our nations by receiving a puppy Labrador Retriever named “Justice.”

Service dogs  are very useful to give companionship to lift the spirits of our brave men and women who came back from a war who have nightmares and depression after their war experience.

When Rudy received the good news that he was going to have a service dog, he cried tears of joy that his service to his nation was not in vain.