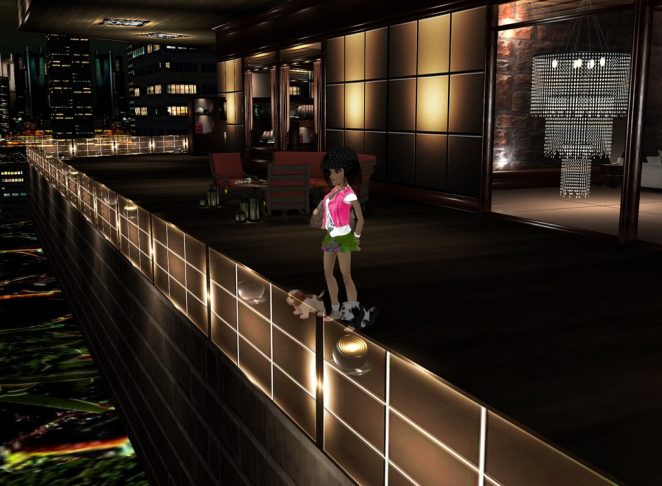 Early morning Friday, I was dreaming about walking in the Woodbridge area. I suddenly saw two bigger dogs sniffing at something. They looked sad. As I got closer, they slowly walked away to let me through. I noticed a baby Shihtzu lying flat on its stomach under a small bush. I picked it up and carried it, often kissing it, wondering who would abandon a little puppy. I took it home and fed it. It woke up, and started running around and jumping on everything. I appeared normal because it was a hyper and very active puppy.

I woke up from this dream and noticed the time was 3 am. Gumby was sitting by me, staring at me. So, I fed him and filled his water bowl, before going to the bathroom.

I went back to bed. Although I felt wide awake, I eventually went back to sleep.I had a 2nd dream, in which I ended up in Paris, France. I ran into my late mother later. She just finished doing her grocery shopping, buying mostly produce, and she excitedly told me about the great food bargains she found.Then, she asked me to go to the farmer’s market to check their prices because she wanted to compare. I was walking around everywhere, but I couldn’t find the farmer’s market. I got lost. I ran into an older couple, and they invited me in their home. The woman gave me some refreshments, and we chatted together. She told me that there is a farmer’s market only on Sunday. Her husband looks tired, or just has a headache, just sitting on the side and listening to our conversation. I don’t remember the conversation, but I eventually got up and left.

I woke up on Friday morning, around 9 am.

In the evening, I went to a Woodbridge walking meetup. About 9 people showed up. It felt warm again. It appears that summer has arrived, and the heat is on. But there was a light breezy playing around in the background.  We walked a different route, around the two lakes. I ended up walking 5.1 miles, 1 floor, and over 11,000 steps. I returned home in daylight, which is nice.

Small Puppy in a dream is a sign of changes. It might be a sign to return to the past because I mighte be feeling nostalgic. Maybe I might want to be small again in order to spend more time with people who have passed on to the other side. That makes sense, since my late mother was also in the dream, but in Paris, France. Maybe the dream was nostalgic about the time–during the summer of 86, when I went to the French Riviera with my parents.

Farmer’s Market in a dream indicates that I should pay attention to the good things in life, being able to cope with everyday life, relating with other people, especially in crowds. I guess my late mother wants me to go out and enjoy everyday life, getting lost in crowds and meeting more people.

Older woman is a sign of good luck and great joy. Calmer and a happier moment is approaching, and I will enjoy these better times ahead.  It also can mean that there is hope for a long-awaiting meeting of my soulmate?

The older woman in the dream states that the Farmer’s Market is only open on Sunday, which appears to be an indication that my late mother wants me to hang out at a crowded area on a Sunday.