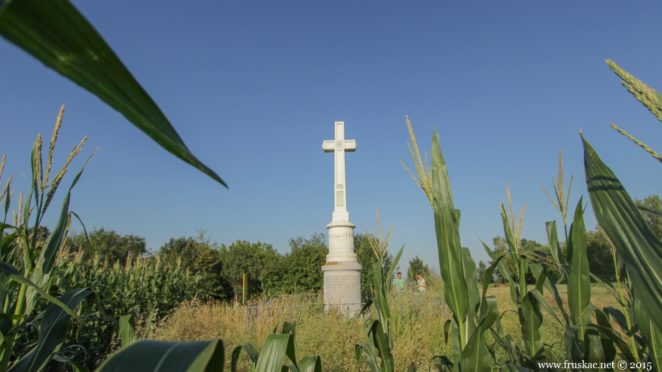 Vezirac, the hill north of Srem, and snow in August, which, according to legend, he fell just before the start of the conflict between two worlds, played a major role in one of the most important events in the history of these areas.

Three centuries ago, precisely on August 5, 1716, was the scene of a famous battle near Petrovaradin, the first major victory of the Christian army against the Ottomans. In memory of the day when the small town of Srem, around which the fortress just begun to be built, saved Vienna and Buda, before last year’s exhibition at the City Museum of Novi Sad at Petrovaradin.

In the situation where during the battle stood tent Turkish vizier in 1902 erected a white cross, six meters high, and it is the only thing that resembles a fierce battle from which, according to historians, gave birth to modern Europe. The witness could be the Church of Our Lady of the Snows Tekije, on the road between Petrovaradin and Sremski Karlovci, although it was built decades later. This keeps a copy of the icon of the Virgin of the Roman basilica of Santa Maria Maggiore, which was the winner of the battle, the Austrian Prince Eugene of Savoy, wearing military marches. After the triumph, in gratitude gave her former chapel at Tekije.