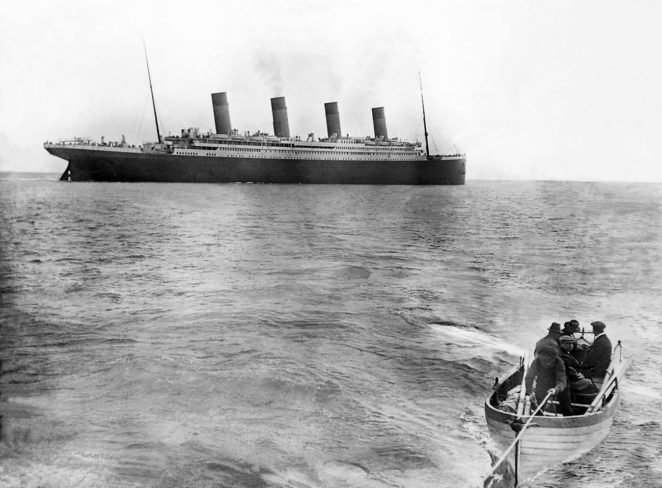 Last photos of “Titanic” before it, in the night between 14th and 15th April 1912, finished at the bottom of the Atlantic. There are also some rare pictures from the shipyard in Belfast … Four grand chimney then the largest passenger ship in the world, her job as – three. The fourth was set for decoration, but also served to fresh air. The designers have thought that the “Titanic” look so impressive, and in that time it was believed that ships with four chimneys safest to sail across the ocean. Giant propellers during the final inspection, a few hours before the end of April 1911 launched a test sail.

It is interesting that before dipping is not “baptized” by a shot of champagne bottles on the rear of the fuselage, which is a custom which is still practiced in order to forestall bad luck along the way. A year later, when “Titanic” sank, many have concluded that because of this omission was a real sailing jinx. According to one of the numerous conspiracy theories, baptism is avoided because from the beginning the ship was intended for sacrifice.