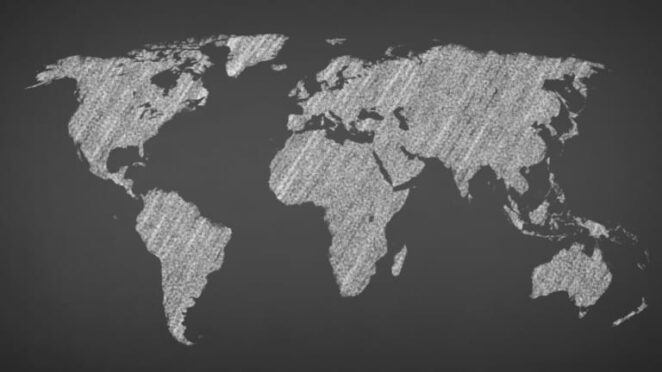 One of the most educational aspects of the Internet is the disdain Americans have for those who don’t live in their borders.

The idea people from 3rd World nations can get on the ‘Net is somewhat unknown/ignored.

This prejudice, of course, enabled hackers and scammers from all over the world to prey on Americans who assume if you come from Nigeria you have to take off your shoes, (if you even have shoes) to count over ten.

The fact most of the world saw and sees Trump as a Clown is unknown to Americans who have the greatest propaganda in the world.

Despite the facts, despite actual experience, Americans don’t appreciate that many of their hospitals, technology providers, etc. are staffed by persons virtually abducted from Third World Nations, because America does not produce the number of professionals required.

Living in a Third World Nation, our nurses and doctors, computer technitions, and other professionals are head hunted, offered money, accommodation, etc. to work in the United States.

This should alert, even the common mind, that the Third World is not as ‘Third Rate’ as they have been taught.

In the mid 1990s Americans thought everyone on the ‘Net was from America . This ought have dissipated by 2000.  No.

Americans still believe everyone they communicate with, whether commenting on an article, tossing an aside, lives in America.

And even when you start a discussion making it clear  you are in the Third World, American readers seem to scroll by.

Recently, writing an article, mentioning Trump, I am washed with the insults,   Insults as if I am sitting in NYC at the H.Q. of the Democratic Party.

Americans are totally unaware of how the rest of the world sees them.  For them, it’s a shrug, as a 10th grader may look down on a 5th Grader.  This is because they are taught they are superior.  It is in schools, the way news is presented.

They can smirk at Putin who is losing the war in Ukraine, forgetting how they lost in Afghanistan and Viet Nam.  Forgetting how they evacuated these lost causes, leaving the fools who had supported and defended them to die.

America is a useless ally.   It will make a 180o turn without warning.   It will support, then, after an election, for example, attack.  Trusting America is trusting a scammer.

Although it may show some solidarity with other white First World Nations, that lasts until there’s money to be earned elsewhere.

In America, money is the deity.  And this virus infects anyone who gets too close.