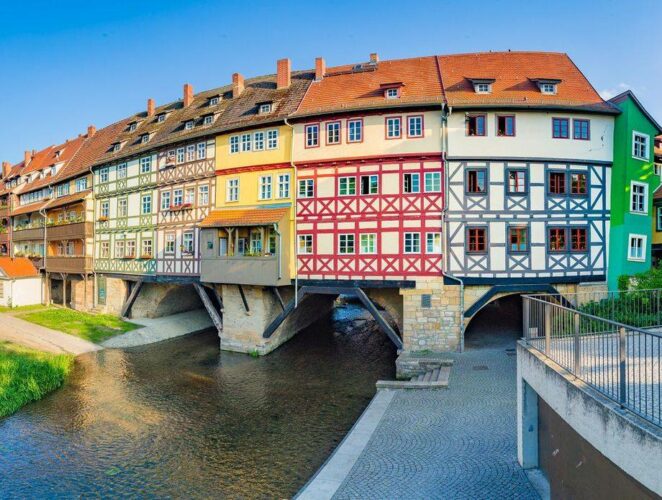 The longest inhabited bridge in the world-Kramerbrukes, an attraction in the town of Erfurt

The German Trade Bridge, or Krämerbrückes not far from the city of ** Erfurt, ** with buildings on both sides, with its 79 meters is the longest ** inhabited bridge ** in the world. This phenomenon was built in the central German province of ** Thuringia ** in the 12th century. In its beginnings, the bridge was merely a wooden structure across a tributary of the Gera River, the Breitstorm. Due to the danger of fire, a hundred years later the wood was replaced by stone, but the fire did not spare the Krämerbrückes.