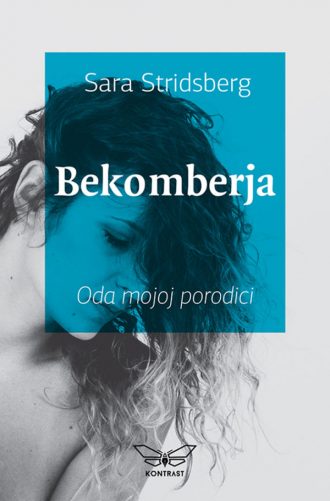 Not far from Stockholm was opened in 1932 at the time the largest psychiatric hospital in Europe. One of the most famous buildings designed by the architect Karl Westman, Bekomberja was temporary or permanent home to thousands of people until 1995 when it closed and moved out of the last patients. Among patients who were in Bekomberji found himself the father of the Swedish writer Sara Stridsberg.

This fact is perhaps part of her motivation for the novel Bekomberja: Ode to my family, but despite such a subtitle of this work is not autobiographical. However, as the central characters of the novel is the chosen Stridsberg father and daughter, while completely baring the attitude of sentimentality, opting for the often painful honesty. After a suicide attempt, Jim (Jimmy Darling for friends, and a daughter) ends up in a psychiatric hospital Bekomberja, thinking, how later says one of the patients that will keep this short, but in the end it stayed for several years.

About Jim, his wife Lune, other patients, themselves and their primary and Jim’s relationship tells us his daughter Jackie. The story is structured nonlinear: very short chapters represent episodes from the time Jim’s stay in Bekomberji where he regularly visited Jackie, as well as events that occur twenty years after his release from the hospital. With a story about a father and daughter are interwoven chapters that speak of the end of life of the last patient Bekomberje, Ulofa. Given the fact that the hospital spent 63 years, my whole adult life, for she Ulofa true home, and the “outside world” a terrible mystery with which he is unable to cope.