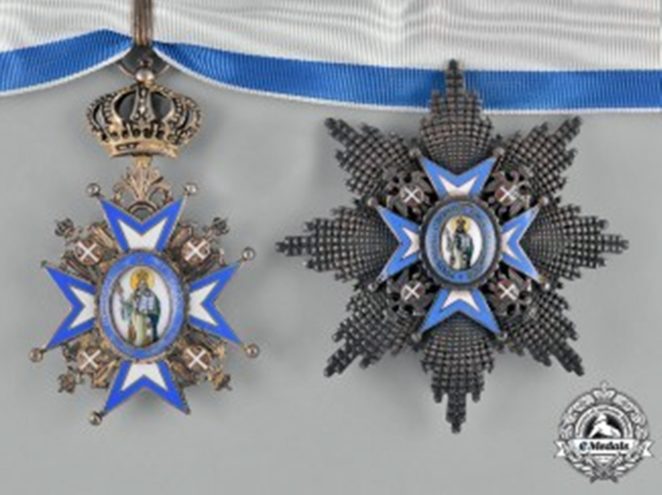 The reason for a more detailed exploration of what happened to Serbia’s cultural treasures is one rifle.

When the President of Serbia made a recent visit to Russian President Vladimir Putin, he received a rifle as a gift.It was a shotgun of King Milan Obrenovic. The Russians bought it at an unknown auction and presented it to our president.So the rifle returned to the ground after a long time.It is unknown how many cultural treasures were stolen and taken out of the country in the past two centuries.I’m reading a newspaper report that says a Canadian of Croatian descent sells a $ 220,000 gold plated Milos the Great.The same man is the founder of the auction house for which I will leave a link.https://www.emedals.com/europe/serbia

The items were mostly stolen in my court, after the successful assassinations of Serbian statesmen.Some items were abducted after both wars.Of course, the owners who lived abroad sold the wealthy, and their valuables ended up in private hands.

When you visit the site you can see valuable items from Serbian history that are now being auctioned.For some reason, the National Museum and the Ministry of Culture and Information are powerless to buy our goods.Probably for lack of money.

An example is one picture of El Greco by Prince Paul Karadjordjevic sold for $ 40,000.Today, that image is worth more than $ 1000 million.Our institutions just don’t have that money.This is just one example of how a country can become impoverished, not necessarily politics or war.