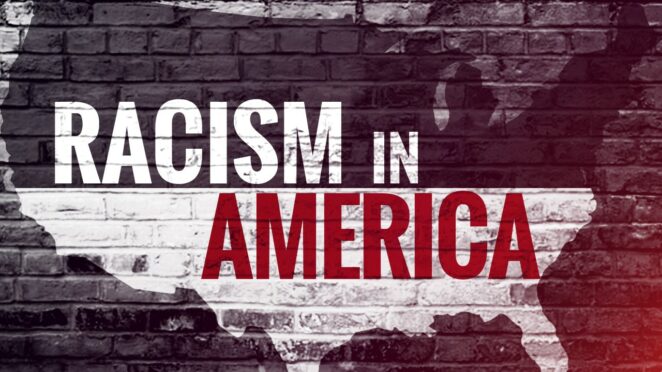 In 2008 when a Black Man won the White House racism exploded.

America has always been racist.   It was built on bigotry.

It began with attacks against Native Americans, continued to the use of Irish prisoners as ‘Indentured Labourers’  and then achieved its pinnacle with the importation of African slaves.

Racism was so rampant that Oregon passed a law in 1851 that no Black person could enter.

After the Civil War, in 1864 it was not until Ulysses Grant became President in 1868 that Freed Slaves received rights and that groups, such as the Ku Klux Klan were arrested.

When Grant left office in 1876 things began to slip backwards and when the proud racist, Woodrow Wilson became President in 1913, he quickly implemented segregation and the stripping of rights from Black Americans.

He hailed the Ku Klux Klan and did everything to please WASPS;   (White Anglo Saxon Protestant MEN).

There was the erection of many statues hailing Confederate leaders as well as other racists done during his time in office.

When it came to women’s rights It wasn’t until the world began to complain about those who died and were tortured that women finally got the right to vote in 1920 as Wilson was leaving office.

There were lots of lynchings during his Presidency and after, for whites knew they were superior and had a President who would support them.

Racism and Segregation thrived in America until in 1964, a hundred years after the Civil War, that the Civil Rights Amendment passed.

Racism continued, of course, but was somewhat submerged until Barack Obama became President.  The anger and hatred of WHITE Americans for Barack Obama was evident in every aspect of life.

And in 2016, a known racist was elected to Office.

Trump’s base is made up of WASPs with a few mindless non-whites thinking that if they kiss Massa’s foot he won’t beat them.

He knew the ‘language’  of racists, talking about ‘Make America Great (White) Again’,  and has always supported those ‘very fine people’  who murder and lynch.

When Covid – 19 arrived in the United State he made sure not to lock down borders until the ‘most developed country in the world’  had more cases and more deaths than anywhere else.

He recently pretended to have Covid which fooled his base and will allow him to make millions by pushing various injections which have not proven effective.

Trump knows how to manipulate and scam, for he’s been doing it all his life.