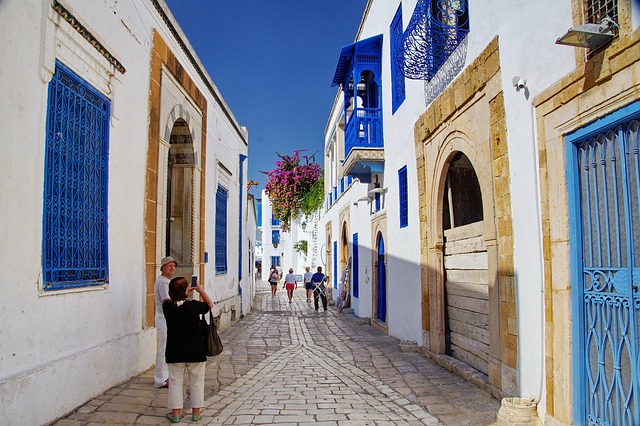 Several years back Tunisia was HOT!  By that I mean this country was all over “our” news.  The citizens were being credited with starting the Arab Spring!

The Arab Spring is the name given to a movement (probably by people who are not Arab) which described anti-government/pro-democracy protests taking place in Muslim nations.  Tunisia was not the only country but evidently they were the first … TO SUCCEED in regime change.  At least, that’s what we hoped and hope.  When I say “we”, I mean “US”, the United States of America.  PRO-Democracy movements are always on our wish list.  That’s why the protests in Tunisia received so much attention from the American news media.  Of course, all the brew ha ha and jubilation doesn’t last forever.

I am revisiting Tunisia by way of Twitter to see what’s been going on.  What do you know?  Tunisia has a problem with the gender pay gap too!  Must be a “peculiarity” in countries with governments that like to boast about the equality and equal treatment of its citizens, but don’t really practice what they preach!  (#IMHO)

There were quite a few interesting tweets.  I tried to narrow it down to a representative sampling.  Some of the “new news” is promising.  Some of it is troubling.  They’re still struggling.  But is there any country in this world that doesn’t have its share of problems?

According the @wef ’s gender gap report and despite the legislative gains achieved by ?? in recent years, the gender pay gap remains strong in #Tunisia. pic.twitter.com/UAkMczKQb3

??? Hammamet, Nabeul, Tunisia
A short stroll in the alleys of Hammamet's old Medina is enough to reawaken the love of life in any one of us. Being engulfed in the trilogy of white, blue and green is inherently therapeutic.#hammamet #tunisia@AfrikyaTN pic.twitter.com/lp4fOKiXeb

Lina Ben Mhenni (1983-2020) WAS a Tunisian blogger, an Internet activist, and a #humanrights defender. She died of lupus and kidney failure at the age of 36. She IS honored as a Hero of Tunisia's 2011 Revolution. #InMemoryOf #freedom https://t.co/kXh7n9cxrI https://t.co/nTk1OvldEH

El Ghriba Synagogue located on the island of Djerba is the oldest synagogues in Tunisia. Grouping Moorish architectural design, legends however say its construction goes back to the High Priests' escape following the destruction of Solomon's Temple by the Babylonians in 586 BCE. pic.twitter.com/A0OE7sFy77

On this day in 1943, Hitler's Afrika Korps inflicts heavy losses on U.S. forces at Kasserine Pass, Tunisia. It's the first time the two armies have met in a major battle. "It was murder. All I could do was stand by and watch tank after tank blown to bits," recalled one vet. pic.twitter.com/VbUXEkhNJD