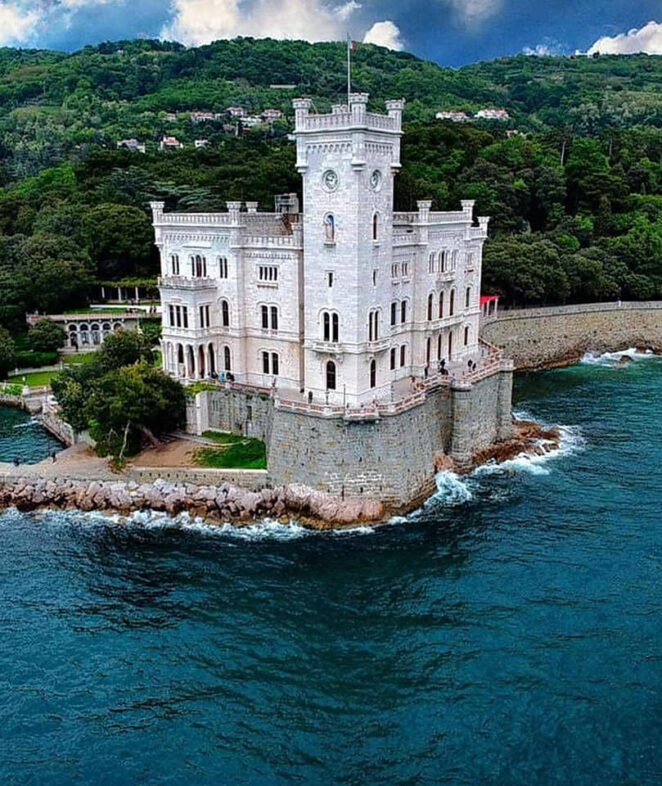 Probably the most famous building in Trieste is Miramare Castle, so “picturesquely” located on a rock above the sea and surrounded by a beautiful park. The castle was built as his residence by the Habsburg Archduke Ferdinand Maximilian. It was largely completed in 1860, when Maximilian moved there with his wife Charlotte of Belgium. Maximilian became the Mexican emperor a few years later, and he and his wife left Miramare and continued their lives thousands of kilometers away from Trieste. But political turmoil led to the overthrow of Maximilian and the monarchists from power, after which he was executed by the Republicans.