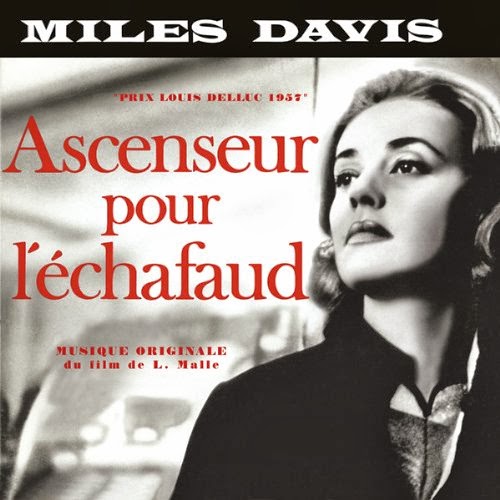 Legend has it that Miles Davis completely improvised all the songs in the score of the film Lift to the scaffold (1958). When the director Louis Malle hired to write the music for the film, allowed him to attend a private projection with other musicians who worked with him in the score. Looking at the film, and with Miles instructions for the basic harmonic sequences to be used by musicians at the site created all the tracks that are in the film. When at the beginning of the film we see the beautiful Jean Moreau, who plays the lead role, as the phone talking with her lover, listen to “Générique”. Shortly after this scene, we realize that the lovers are planning to perform the perfect crime, and we have drawn in the classic noir plot.

However, Lift to the scaffold is much more than a film noir. Due to its innovative approach to narrative and editing, This film is distancing itself from its predecessor, the aforementioned genre. Some critics believe that this is the realization of one of the first films of the French New Wave. As directorial debut, the film has left a huge impact not only on the later achievements of French cinema, but also in the entire history of film.

Jazz notes of the trumpet of Miles Davis were the ideal backdrop for a black-and-white shots of Paris by night. They evoke sadness, ecstasy and mood of the protagonists, and the irony of their fate. All it cost in 26 minutes of great jazz, but we will not mention favorites and bother you with recommendations. Lift to the scaffold is, quite possibly, the first film that showed not only that music and movie rip-stop, but that can be perfectly connected.