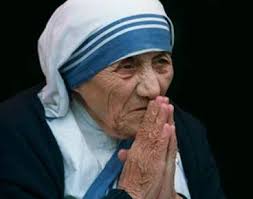 We highlight and applaud exemplary lives of those individuals scraping by on just the essentials, idolizing people like Nobel Peace Prize Laureate, Mother Theresa of Calcutta, who, among countless gestures of kindness throughout her entire life, a life, which culminated in a final deed of immense charity before passing on.

When someone, who at the closing chapter of  Mother Theresa’s life, offered her hand- knitted jersey, and adding these words:”Holy mother, all your life you have lived a life of poverty, for the sake of other people, please accept this one simple gift to warm your shoulders against the winter cold.” The Nun had no excuse but to graciously accept the garment.

As she stepped out into the cold winter air from the warm interior of the hospital where she had won her battle against Pneumonia, a frail, homeless woman reached up and touched her wool-covered arm, asking her to take pity on her. Without a moment’s hesitation sister Theresa, realizing that a warm bed and place to spend the cold night air was waiting for her, while this hapless woman had no such luxury against the elements, stooped down and pulled her new thick woolen jersey over the lady’s frail shoulders, saying: “My sister, your need of this gift is much greater than mine, may it bring you warmth and much joy.

Why do situations like these become classic literary works and box office hits? I believe, it is because man is basically kind and compassionate!

We are often perplexed by the enigmatic texts in the Bible, perhaps the best example of this, lies in Jesus’s use of parables, (examples) One such mysterious text is when “Text” where the Israelites while marching through the desert, had to collect only sufficient Manna for one day. This parable can be referred to, as the bread of Life which is elsewhere explained as being the “Body of Christ”

The manna is that one righteous deed God puts before you every day and which has to be consumed entirely the day God placed it in your mind, that moment “between breaths.”