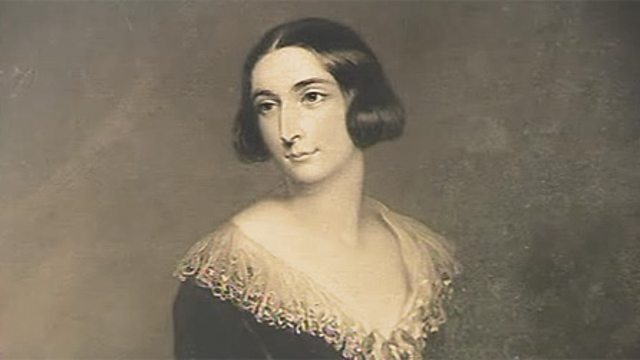 The role of upper-class ladies in Victorian times was to make a good marriage and be the mother of another generation of aristocratic empire-builders. If they chose to indulge in genteel pursuits such as being a patroness of the arts, that was entirely up to them, as long as they did not interfere too much in what their menfolk were up to.

There were, however, some notable exceptions to this format, and Lady Charlotte Guest was one of these, although her name is not one that comes readily to mind in this context. Her accomplishments were modest by comparison to those of Florence Nightingale or Emmeline Pankhurst, for example.

Charlotte Bertie was born at Uffington, Lincolnshire, in 1812, her father being the 9th Earl of Lindsey, who died when Charlotte was six. Her mother remarried, and Charlotte’s stepfather – a clergyman – disapproved of the notion that girls should be educated beyond the basics.

Charlotte was made of sterner stuff and educated herself, not only in the classics but in a variety of languages that included Hebrew, Persian and Welsh.

She did what was expected of her in terms of marrying when young (in 1833), her husband being a Welsh industrialist, Josiah John Guest, who was created a baronet in 1838, thus giving Charlotte the courtesy title of “Lady”. She also became a dutiful mother, giving birth to ten healthy children including four sons who became noted politicians in the Edwardian era.

However, her interest in the Welsh language led to her translation and editing of a collection of 14th-century Celtic tales known as the Mabinogion, which are the earliest prose stories in British literature. The first part of the translation (published as a dual text in both Welsh and English) appeared in 1838, and the seventh and final part in 1845. The importance of the translation was that it brought to public attention the existence of stories from Britain’s Celtic past, which included several legends relating to King Arthur.

Josiah Guest died in 1852, at which point Charlotte revealed another side to her character, which was the ability to do what only men were supposed to be able to do, namely run a company. She took over the management of the Dowlais Ironworks, which would eventually become part of a large industrial complex that survives to this day (GKN – Guest, Keen and Nettlefolds).

This was clearly not what Charlotte really wanted to do, and she was happy to give up being a businesswoman in 1855 when she remarried, her second husband being Charles Schreiber who had been her eldest son’s tutor. She then spent the rest of her life travelling and assembling an impressive collection of ceramics.

Lady Charlotte Guest died in 1895 at Canford Manor, near Poole, which had been built by her first husband and inherited by her eldest son who was created Baron Wimborne in 1880. The house is now Canford School.