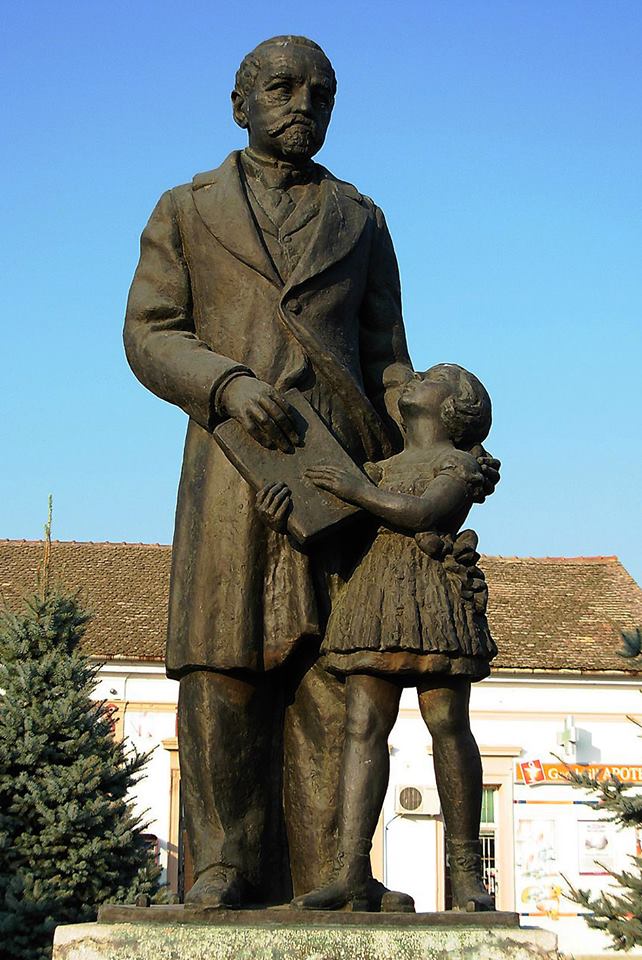 The giant Serbian romanticism, Jovan Jovanovic Zmaj, born on 24 November (6 December by the Julian calendar) 1833 in Novi Sad. By profession he was a doctor, a lifelong worked in publishing and editing of literary, political and children’s magazines. The most significant collections of poems are “Đulići” and “Faded Roses” – the first of a happy family life, the other the grief of loved ones. The first is a Serbian writer who wrote poetry for children.

He comes from a respectable bourgeois family. His father Paul was the mayor of Novi Sad. He attended elementary school in his hometown, and after high school he enrolled in law studies in Budapest, Prague and Vienna. For his work is of particular importance was staying in Vienna, where he met Branka Radičevića. He was the greatest poetic model.

There he became friends with Djura Jaksic and Svetozar Miletic. After returning to Novi Sad, as one of the closest associates Miletić became a clerk in the town hall. Then he met with his future wife, the Rose. Great love and harmonious families Dragon inspiration to write a book of lyrical poems “Đulići”. During the literary work is published and several magazines, and during his stay in Budapest, he worked at the Matica Serbian and Tekelianum. He started the satirical newspaper “Dragon” (a play on words, since the 3rd of May Day date for the May Assembly in 1848), whose name will become an integral part of his name. He enrolled to study medicine, but then followed the tragedy that will mark the Dragon’s life and change it forever.

Mirko son died when he was three years old, a daughter Tijana three months. Rose and comfort are searching for the dragon in the third child, Sava, but he died a week later. Fourth child, South, died at birth. Smilja giving birth, Rose heart could not endure such suffering, so she retired. Unhappy poet only this girl who lived only two years. Although he was a doctor, he could not save them from tuberculosis for which, at that time, there was no cure.