Before the invention of electric refrigerators, how did you keep your food fresh and prevent it from becoming uneatable? If you were rich and lived in a large country house, you would probably build an ice house. Many of these were constructed between the 17th and 19th centuries and surviving ice houses can be seen in the grounds of preserved stately homes in England and elsewhere.

The idea was that ice would be collected from frozen lakes in winter and stored in a cellar that was designed with the sole purpose of preventing the ice from melting for as long as possible. The ice could then be used throughout the year – both to provide a cool storage space for perishable food and as an ingredient in dishes such as ice creams and sorbets that would be very welcome on a hot summer’s day.

Most large country estates had a lake – which was both an attractive feature of the landscaped grounds and a source of fish for the kitchen. Parts of the lake would be shallower than others and be shaded from direct sunlight –these would therefore be more likely to freeze solid so that ice could be carved out in large blocks.

A typical ice house would be built in the grounds at a distance from the main house. This would ensure that no heat from the house would transfer to the ice. A typical design involved a pit being dug – often as deep as 20 to 30 feet – and lined with brick. In some cases a drainage channel was provided at the bottom of the pit to allow meltwater to drain away – this might well return the water to the lake from which the ice had been taken. 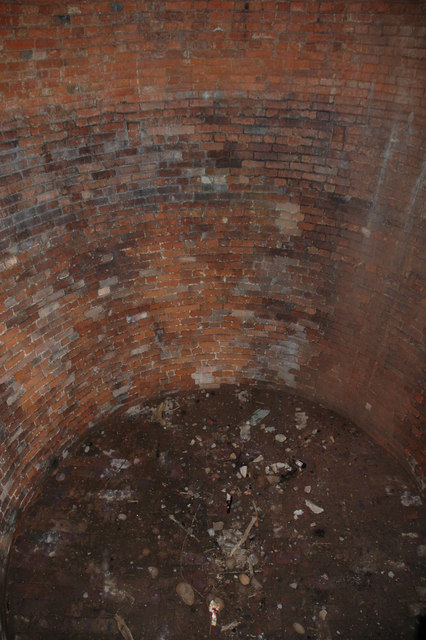 (The pit at Hanbury Hall)

Temperatures at this sort of depth would be naturally cool because no heat could percolate to that depth. Extra measures were taken to ensure this, such as by building an earth mound on top of the domed roof of the pit and surrounding it with a grove of trees that would keep direct sunlight at bay.

The entrance to the ice house had to be wide enough to allow the ice blocks to be taken through and the produce to be carried in and out. However, there was a risk that the entrance could also allow heat to reach the ice, so it was placed on the north side of the ice house and often took the form of a low brick-lined tunnel through which sunlight could never penetrate.

Another precaution was to pack the ice in straw, which acted as insulation. 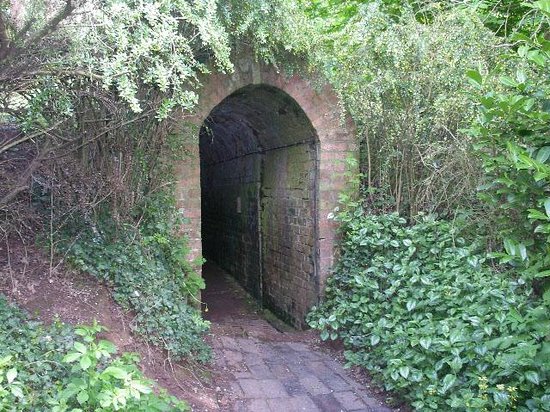 (Hanbury Hall – the entrance to the ice house)

The evidence shows that ice houses worked extremely well, even to the extent that a mild winter in which little ice became available did not mean that the ice house was redundant. This was because it could take as long as 18 months for all the ice to melt.

The idea of packing food in ice probably goes back to medieval times or even earlier, but the first known example of a “modern” ice house dates from 1619, this being the one at Greenwich Park in what is now south London. This was built on the orders of King James I, who – having spent his early life in Scotland – was used to having plenty of ice around well into the Spring months. King James later had an ice house built at Hampton Court.

Not surprisingly, many aristocrats and landed gentry followed the royal example. Although many of these ice houses have been lost over the years due to collapse and redevelopment, there are also some notable surviving examples. One of these is at Hanbury Hall in Worcestershire, and another is at Hotham Hall in Bognor Regis, West Sussex.