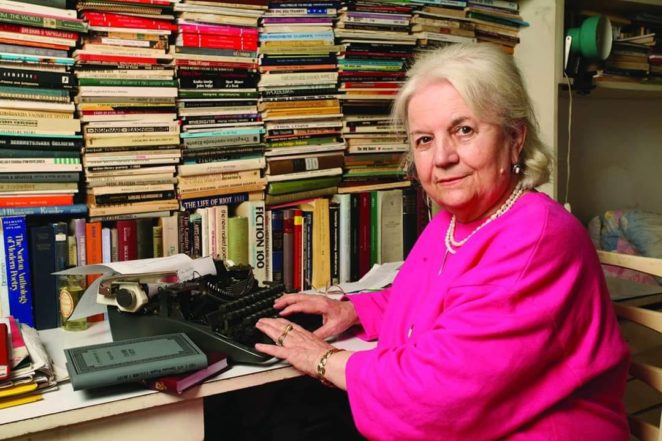 When you look at a map, the Srem is a small – along, from Zemun to Sid little more than a hundred kilometers, breadth even less – but gave countless greats. Among them was Grozdana Olujic. She was born in the same picturesque town where i Mira Banjac, in Erdevik, 1934. She died two days ago, which is news that you most likely missed. Because we live in such a time, a local society accepted the horrors of that time.

Human and cultural boulders go of us, silently and irrevocably, and what was once, in a better past, true of human waste receives primacy in all things. Do not spoil your time sad story of this great woman. The famous writer, novelist, bajkopisac, essayist and translator, passed away in 85 years. She was educated in Erdeviku and Becej, a BA and MA in English Language and Literature at the Faculty of Philology in Belgrade. His first novel, “A trip to heaven”, published in 1958, was followed by a “vote for love”, “Do not be sleeping dogs”, “Voices in the Wind,” “Surviving until tomorrow”, which was issued in 2017. She has published a collection of fairy tales, “pearl rose,” “Heavenly River”, “The stone that flew,” “Snow Flower”, “The pillow that he remembered dreams,” “Star wanderer”.

For decades, is represented in the national reading for elementary school students, but also required reading for students of comparative literature at several American universities. Due to the high artistic achievements was declared an honorary citizen of Oslo and the holder of the Danish Order of the Knights. Many of her stories have been included in anthologies around the world – in Germany, Israel, Russia, India, England, America, France … Apart from the most important awards, received the award of the World Academy of Art and Culture. Her books are translated into 36 languages.