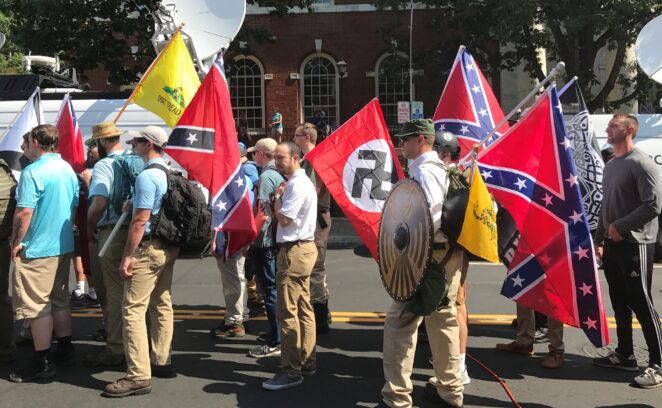 Like cockroaches, they hid.  They formed cults with non-provoking names.

Then, the lure.   The lure which gets the roaches racing to the center where they can be destroyed.

For many years, white supremisists  quietly filled their ranks.  They did what they did, then crawled back to hide, leaving no path.

Finally, they were lured into the open by Donald Trump. Emboldened to reveal themselves, for after all, ‘their’ President was in power, and would ‘protect’ them.

Their President, knowing he would lose the 2020 election, incited them with the illusion that there would be a ‘steal’ and that his opponent would claim to win,

Aware of this ‘plot’ the roaches prepared, and when the attack on the Capitol  planned, they raced to be in the front lines.

So proud of their behavior they took selfies, filming every moment they could of their attack on the seat of American Government.

Not some dictatorship in some Third World Country, but right there, in the center of ‘democracy’.

The world watched, enjoying the show.

Some thought that the so-called ‘security’ forces which were to ‘protect’ the ‘seat of democracy’ would defend it, and the bodies of these roaches would litter the pavement.

Security did not exist, and the roaches could march through the seat of American Government! They could steal, smash do what they pleased.  Filming it all, so that all over the world we could see who they were, what they were doing.

Of course, after the failed ‘coup’ the identities of the roaches made it rather easy to find, arrest, and convict them.

Each week we hear of another one being sent to prison.

And where is their Massa?

He’s enjoying dinner with a mentally ill self-hating black skinned man who brings the top white supremisist to the table.

They’re too stupid to realise they were lured from the corners to be destroyed.