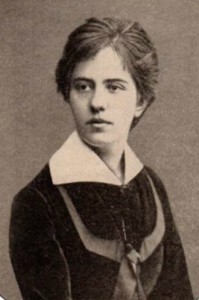 At the beginning of XX century Serbia was among the European countries with the lowest literacy rate and had only 7% of literate women. Some of the few girls still were pioneers in women’s emancipation in Europe. One of them, Drago Ljočić, know as the first woman physician in Serbia. At the beginning of the nineteenth century among ‘the Serbs was common belief that education for girls is unnecessary to a greater extent than for basic communication, Jerba girls are just part of the family around that they’ll turn your whole life. Now what one there to push their noses in naive men of science? Nevertheless, initiated the issue of the establishment of girls’ schools, and the auspices of the Ministry approved the same.

The specific regulation on the opening of girls’ schools was passed in 1846 and it included the six-year schooling for girls who, in addition to general subjects, involved so-called learning. female skills such as singing, good manners, handmade. It was not until December 1882, at the initiative of Stojan Novakovic, education becomes universal and compulsory for all children – so the state was obliged to provide it to them.

Former Serbian society was not sufficiently developed for such a step, however, remains restrictively accessed education female souls. Draga – taken from glassrbije.org Draga – taken from www.glassrbije.org Ljočić were born in Sabac in 1855, in the family merchant Demetrius Ljočić. Stubbornness is dear and who had to succeed. After the family lost the property in litigation with a rich Sabac family, her father came up with an ingenious way to express their dissatisfaction. He paid sexton to ring all the bells, and when people asked him what’s the matter, said: “She died Justice and burying her today.” Addressing the baker, Demetrius was sent to school, and her and her two brothers with a monthly income of only seven thalers. She finished elementary school in his hometown, with a former teacher who has moved to a higher school for women, went to Belgrade to continue their education.

Secondary education girls received in female schools heavily influenced by the church, which is in this way able to monitor and control the emancipation of women, which, it seems, can not be allowed to get out of control. A particular problem that they faced was the girls and lack of women’s gymnasium. The condition for the provision of university education was laid graduation. The girls were able to sit in the private male gimazijama, which generally did not approve of their director, and then needed the consent of the rector of the university.

This obstacle is discouraged young student, but for the majority and was insurmountable. Dear Ljočić was among the first to this legal ambiguity survives. After completion of more women enrolled in the school for a year natural history section in the school and then continued his education in Zurich, the so-called Slavic colony. Zurich at that time it represented a very liberal environment in which they are born and develop student and political thought. She enrolled at the Faculty of Medicine, starting from autumn semesters 1872/73. years. Equal access to education in Serbia was only introduced in 1905, and before the First World War at the University of Belgrade was about 10% of female students, which is an approximate figure, as well as at universities in France and Germany. No, it is not higher than in neighboring Bulgaria, where every fourth student was a girl!