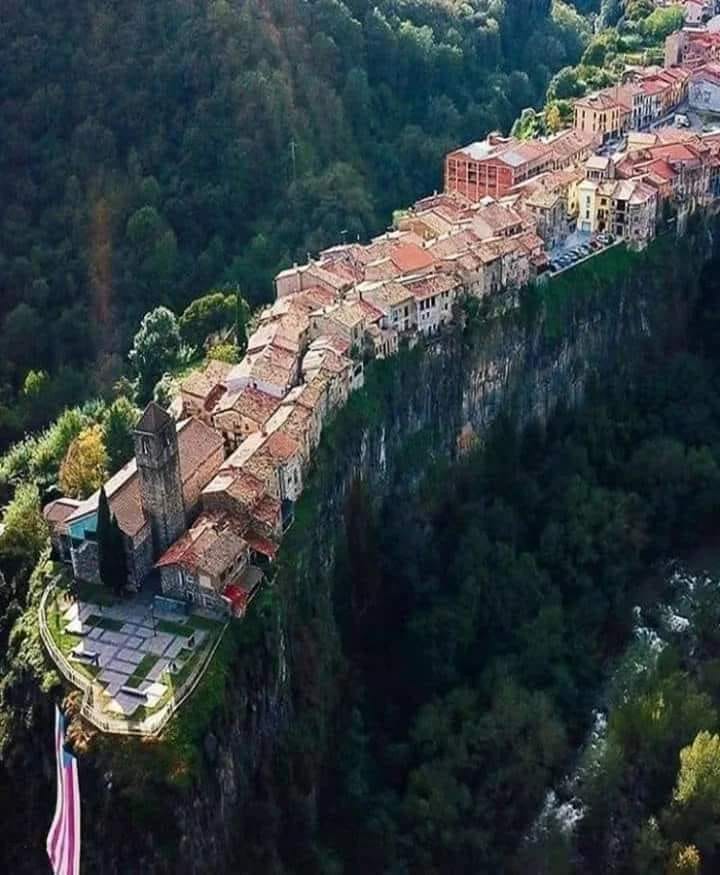 The most picturesque and smallest urban settlement with an area of 67ha, located on a cliff 50m high formed by volcanic rocks, between the two rivers Fluvia and Toronell.It originates from the Middle Ages.The streets are narrow and the houses built of volcanic rocks. The church of St. Salvador from the 12th century stands out the most. It has been visited and is a great tourist attraction.