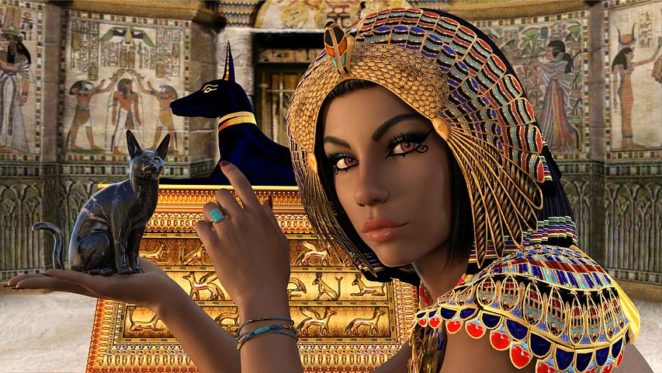 It is not known how and when people opted wearing bracelets. Archaeologists happen to find the use of ornaments in almost all the ancient cultures. The first humans wore bone necklaces and animal teeth. Over the centuries, bracelets have been made from materials such as leather, iron, copper, pearls, bones and teeth, precious metals and precious stones.

The Sumerians in southern Mesopotamia contributed around 2500 BC. The use of jewelry was a way of Sumerian women could show the wealth of their husbands. The bracelets were found in Ur’s tombs, where it was customary to bury their kings with jewels, slaves, and other products. They believed that burying their dead with these possessions indicates the person’s status in life, and would help him reach the right state after death.

The Egyptians built the majority of their bracelets with a variety of materials that could be found in nearby hills and deserts. They were among the first to create bracelets with precious stones and enamel. It was believed that precious stones had supernatural powers. For example, green jasper has been associated with rain, agates have been considered a protection against spider bites and thunderstorms and lapis should protect against snake attacks.

In Greek times, soldiers wore leather straps on their forearms, often decorated with gold, silver or precious stones. They were known as “Bracelets” Brachium of Latin, which means “poor”. When women started using smaller versions were called braces or bracelets. Ancient peoples firmly believed that the use of gems could influence their fate. The jewels have been closely associated with religious rites. Gold and jewels were used as gifts for the maintenance of the service. The jewelry, in the end, has evolved from a simple ornamental posture or amulet to a symbol of rank, wealth and social status. These three jewelry features are still maintained today.

Many bracelets have been found in the ruins of Pompeii and Mt. Vesuvius broke out in AD 79 out. In the tenth century, the Vikings wore homage to the rings on their arms. Neolithic men wore amulets “unusual stones or pieces of wood to repel the enemy. The ancient Egyptians wore bracelets with charms while their dead are prepared for burial. They envisioned shields and state signs, and served as an identification “to help the gods guide you in the right state after death.”

In the early 1900s, Queen Victoria of England introduced a new trend in the use of bracelets. He used the bracelets as protective talismans to create jewelry containing medallions, glass beads, and family crests.Bracelets are a jewel that has stood the test of time. Whatever the style of your bracelet and why you wear it, you are in good company.