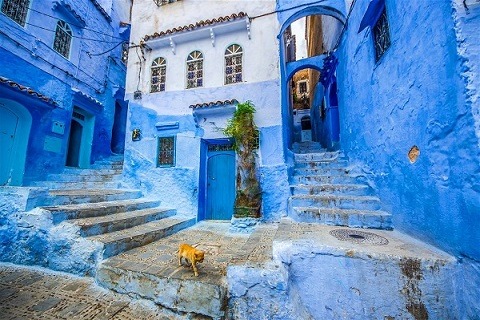 In the heart of Morocco, in the Rif Mountains, is the small town of Chefchaouen, whose narrow streets are surrounded by facades painted in various shades of blue, which is why it is often called the “Blue City”. The city was founded by Moulay Ali Ben Moussa in 1471 and began as a fortress in the fight against the Portuguese invasions of Morocco. It was inhabited by both Moors and Jews, after the Spanish Reconquista in 1492. The biggest city landmark is the medieval fortress of Kazba, on the main square of Uta el Hamam.