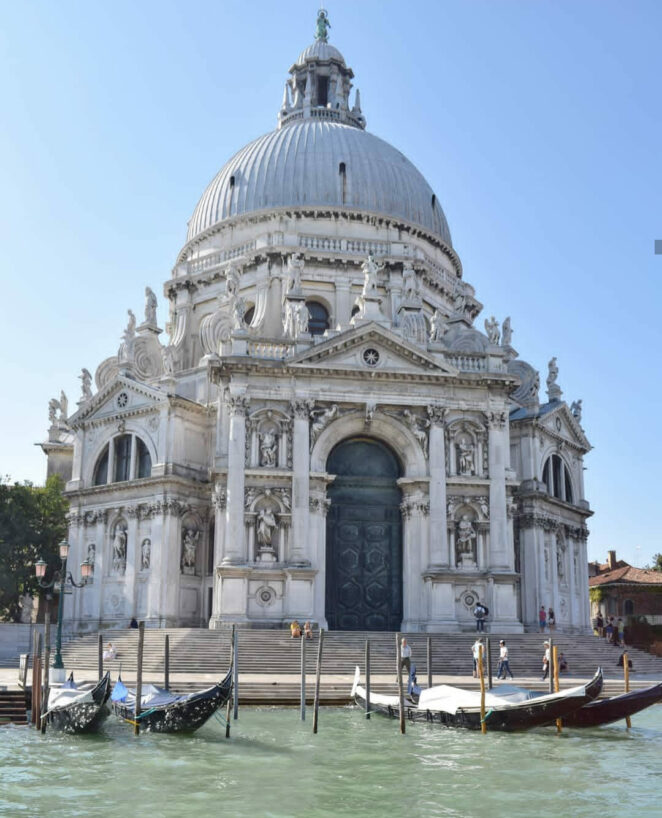 The Basilica of Salute is an octagonal building built on a platform of 100,000 wooden piles. It was built of Istrian stone and marble (bricks coated with marble dust), as well as part of the stone blocks of the eight towers of Diocletian’s Palace in today’s Split, from the north and east walls, which were demolished by order of Venetian providor Alvise Zorzi. Today, the dome of the Church of Salute is an important part of the Venetian view, it has become a symbol of the city, just as the domes of the Cathedral of Florence and St. Peter in Rome. The poet Laza Kostić (1841-1910) wrote the poem “Santa Maria della Salute” a year before his death, dedicated to the famous Basilica of Salute.