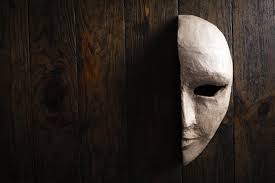 The World Watched the Second Impeachment Hearing of Donald Trump with a good helping of pop corn.

It was good theatre.

Trump was acquitted of course.

The world had witnessed the rioters attack the Capitol of the United States at the orders of Trump.

Yet, despite the facts,  we knew Trump would be acquitted because America is one of the most corrupt nations in the world.   American Propaganda is the greatest in the world.

Since inception the world has been duped into believing that America is some bastion of honesty or human rights or equality, or whatever term one would apply to a nation of ‘high standards’.

America has been able to omit many of its sins from history.   Although there have been forty six Presidents since inception, many were as corrupt as Donald Trump and are simply ignored.

This is because before the Internet America, as other nations, could control what information was promulgated.

Today average people can record what is actually happening and in seconds it is dissimenated and available to the world.

As the American legal system, primarily that which pertains to those in power is totally corrupt, Donald Trump would be acquitted.

Where Charles Manson could send his followers to commit murder while he watched television, yet subsequently be arrested, tried and convicted, and spend the rest of his life in prison,  Donald Trump is above the law.

There is no ambiguity.