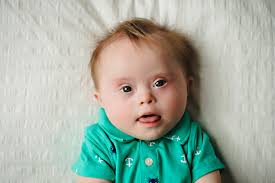 Years passed, sweet and easy for Eddie, hard and bitter for Wilma.

When she was sixty two, Wilma’s health, which had been deteriorating over the years  reached that final plateau.

She was rushed to a hospital. Her emergency person was Lora, but Lora had long ago left town and had not returned.  There was no one.

Wilma, who once was surrounded by family had no one.  No one but Esta.   And  Esta, now twenty, could not take care of herself.  She  was  taken to a shelter.

And Wilma lay dying in that hospital bed, alone.

As she lay there,  on an old bed in a poverty ward, totally alone, she asked herself if having Esta was worth losing her family?

As if a fantasy she could recall the happy days before Esta’s birth.  The days when she had a husband and children, and friends.  Wilma could remember how it felt having family around her.

Now, dying alone, she cried for herself and Esta.  Esta who would be locked into some facility for the rest of her sad empty life.

Wilma cried and it was far too late to think of what might have been.