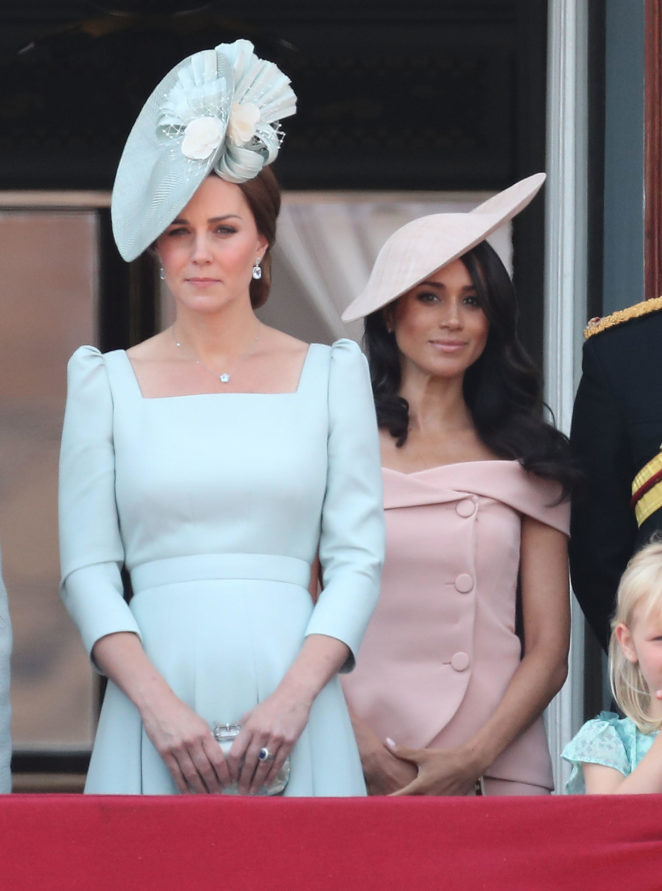 LONDON, ENGLAND - JUNE 09: Catherine, Duchess of Cambridge and Meghan, Duchess of Sussex on the balcony of Buckingham Palace during Trooping The Colour on June 9, 2018 in London, England. The annual ceremony involving over 1400 guardsmen and cavalry, is believed to have first been performed during the reign of King Charles II. The parade marks the official birthday of the Sovereign, even though the Queen's actual birthday is on April 21st. (Photo by Chris Jackson/Getty Images)

Brexit continues to dominate the news in the somewhat un – United Kingdom as politicians try to engineer an acceptable way to Leave the European Union, or not, as the case may be, a second vote muted now to get everyone off the hook. Opportunist politicians on both sides have been using the various smaller votes on the big vote to try and overthrow their leaders in pursuit of power rather than resolve the Brexit problem. Parliament is deadlocked. 67% of Labor members want to Remain whilst 67% of their voters want to Leave. The Prime Minister survived a vote of confidence and now the MPs actually have to earn their money and vote on Theresa Mays deal to leave the E.U., and so their responsibility, especially if they are seen to vote against their constituency. If they vote it down she has made it clear she does not want to hold a second referendum vote and so will resign. January 14th is the big day. I think they will vote it through.

Trump is driving us all nuts and unclear how he is still in power. The answer to that, maybe, are people other than his base and political supporters secretly agree with him on some of his policies. If he loses control of the Mexico border a lot of Americans will get very edgy. The Democrats will have to give him his $5 billion dollar to build that wall which a lot of West Coast Democrats quietly agree with. A fudge will be found where its money for ‘National Security’. Until then is the now perfunctory budget shutdown.

London’s knife crime accelerated as young black men continued to stab each other for the pettiest of reasons, 113 deaths last year. It only seems to happen this bad in this particular community. 45% of London’s unemployed are black but just 11% of the people who live there are black. We all want it to stop but the police have seen their numbers cut by 20% and the black community don’t trust the police enough to slow it so rarely give these thugs up.

Three tsunami’s hit around the world as global warming types try to link the two as we struggle to accept that there are too many people on this planet getting in the way of nature and man-made disasters, and we all have a camera-phone to record it, and so hyped up more. The ONLY solution to slow global warming is to slow population growth but we know that won’t happen so we pretend there is a ‘green ‘solution. We found out this month in England that just 20% of the rubbish we put out to be recycled is actually recycled, the glass and metal. The rest is shipped off to the third world to be land-filled. But we feel good sorting our trash and so the guilt lifted from that 80% number.

Putin remains as Cold War as ever as he sanctioned the killing of a Russian double agent on British soil. Being blatant about it is the show of ultimate power he wields. He plans to split the Ukraine this year and as Turkey builds forces on the border to invade Kurdish areas of Iraq we could see a nasty flash-point there with Russia. Trump abandoning the Kurds has left them wide open to all. China is also rattling sabers over Taiwan. The Great Game rumbles on like distant shellfire to come.

Kim un – jong continued to act like a silly schoolboy and Trump put him in his place. Trump actually did something well. No applause please…

The Royal wedding lifted spirits of gay men and menopausal women around the world as the feisty American Meghan Markle bagged Prince Harry. She is already causing ructions here by actually having an opinion and clearly an OK actress enjoying playing the biggest role of her life. The beauty has pushed the Duchess of Cambridge off the front pages and the two are not the best of friends because of that. At least they didn’t ‘floss’ dance on camera to get attention.

Ebola returned, this time to the DRC, 500 dead and not a news story yet. War there over control of blood diamonds and precious metals is not helping to control it.

Across in Asia and we had the impressive rescue of the Thai school kid football team. Like the Chilean miners thing five years ago some educated white people from around the world pitched up in a third world county to perform the impossible. The incredible thing here was not so much the rescue but the kid’s fortitude to survive that long in total blackness, effectively death closing in around them. The billionaire kn*b Elon Musk couldn’t resist unleashing his ego on the world when cave divers rejected his James Bond style villain sub and so called one of the hero divers ‘a pedo’. Yes, there are white men that live out there to meet boys but this guy was married with kids. His only qualification to be ‘a pedo’ is he was a white man living out there. 2019 will be about the downfall of Musk. He clearly thinks he is Tony Stark.

The climate talks closed in Poland for COP24 and no one really knows if they agreed on anything. What we do know there was 10,000 gas guzzling people there deciding how to save the world from gas guzzling people. The hang up is always about money. The little countries who suffer the effects of climate change want compensation from the big countries they say who cause it. The big countries don’t want to admit that so try to agree non libel text so to bung some cash their way to shut them up so they can carry on polluting. When we do bung them billions of dollars their way in a special fund set up at the COP meetings they tend to spend it on anything but climate changing industry. The Maldives are sinking fast, they say because of climate change, but they spend their handout on an international runway for big jets to Land tourists on, one almighty carbon footprint. 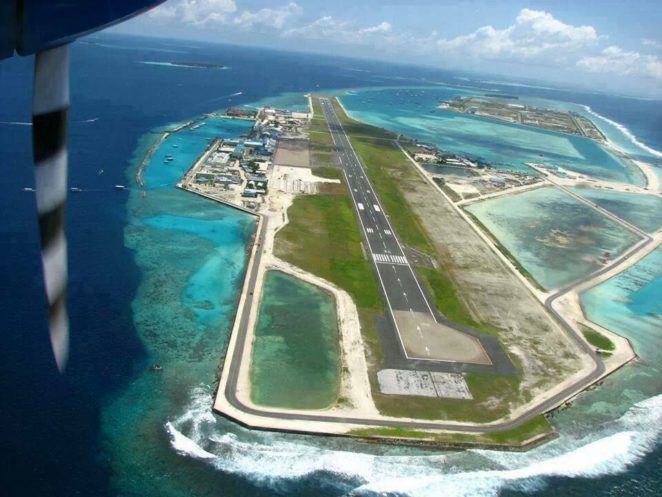 Ebola is sweeping through areas of the Congo but complicated this time by a war in the Congo region, a conflict over blood diamonds, and the rare metals we find in our mobile phones. An election has further complicated actions trying to contain it. It’s the second biggest outbreak ever of the disease and no real sign of a cure.  As its killing poor black people far far away there seems to be no rush to cure it.