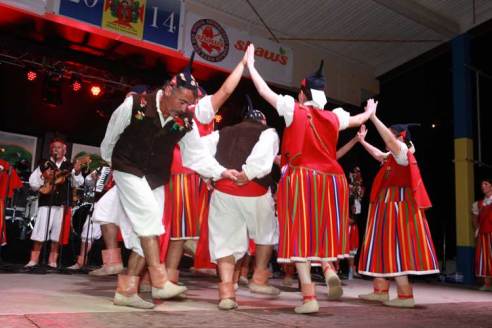 In the Atlantic Ocean, you’ll find a semi-tropical island called Madeira. The island is located about 600 miles southwest of Portugal. Whaling ships from New Bedford, Massachusetts would stop here in the late 1700s. They would pick up supplies and hire skilled crew members for long whaling voyages.

Returning to Massachusetts the whaling ships brought Madeiran sailors with them and many chose to settle in the U.S. Today the city of New Bedford has the largest population of people of Madeiran ancestry in the U.S.

So if you wish to attend be in New Bedford, Massachusettes on July 29.