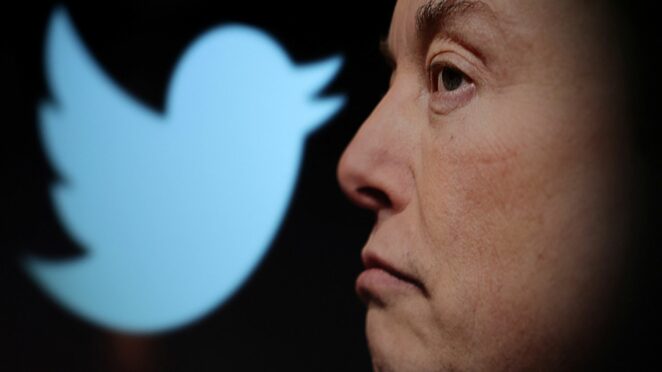 Although it seems illogical,  Elon Musk had no idea how people despised him.   A spoiled Boer,  he was born and expected to live on the backs of others.  His life consisted of  manipulating, abusing, exploiting, and filling his pockets.

And he never realized how repulsive people found him.

Living in a bubble, the sides made up of his paid supporters,  he had no idea that the second he said he would buy Twitter, people closed their accounts.

When he was alerted to this, he decided to cancel his contract.  He didn’t seem to realize that he couldn’t just snap his fingers and walk.   Those who were on the other side, aware that his entrance killed the platform, brought a lawsuit he had to lose.

So Elon Musk was forced to complete the contract.  Yes!  The richest man who thought he owned the world was forced to follow the law!

At that moment, more people raced away, joining other sites.  Users with many followers announced their destination so their ‘supporters’ would join them elsewhere.

Musk, now in charge of Twitter, decided to implement his usual slavery policies. As is clear he doesn’t respect other people, assuming they will give up their lives to fill his pocket.

When aware employees would Not agree to slavery he fired them.  Again Musk did not know there are laws against this kind of behavior, so more law suits mounted.  Law Suits he will lose.

Having lost 50% of its advertisers, the value of Twitter has obviously declined.   Over 30 Million users have left, others  fallen silent.   The ‘silent’ members are watching the collapse of the platform.

Being a Narcissist he didn’t realize how generally despised he is, so set up a poll as to whether he should step down as C.E.O.   He was shocked into silence when the majority agreed.

This is just the beginning.   People will chose ABM (anything but Musk)  when it comes to purchase or participation.   Tesla is down 28%.

Poor little Musky-poo doesn’t realize how the public despises him.