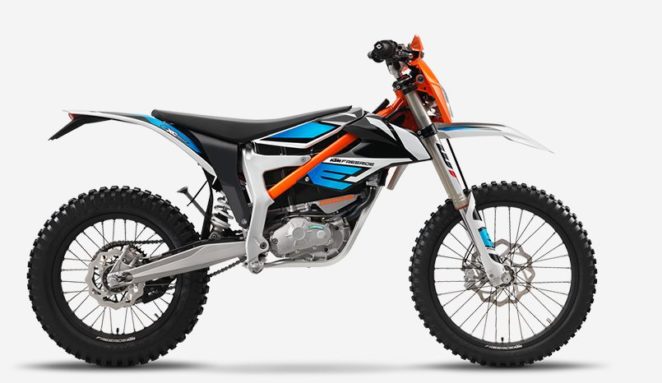 Every year more and more areas are being closed off to dirt bikes and other off-road vehicles.  There are lots of factors that contribute to this.  Mainly erosion, protecting the environment and sound.  What does this mean for the future of dirt biking.  First, we need to work hard in doing our part to keeping our local trails open and being responsible in the backcountry.  However, we can almost completely eliminate the sound issue.  There are many places where sound is an issue.  When you are sharing the trail with hikers, bikers, animals, horses, mules, etc…. they frequently complain of the sound from dirt bikers.  In many places where you ride single track there are noise ordinances.  I believe as electric dirt bikes become better, many of these places may force you to ride electric or don’t ride at all.

Another rule that most public riding areas have is you have to have a spark arrester.  This is not an issue any more with an electric dirt bike. Electric dirt bikes don’t have mufflers and don’t produce sparks.

Electric dirt bikes have a bright future because they have almost no sound.

Currently there are sound laws for dirt bikes, snowmobiles and ATV’s in most states and also in many government agencies.  In Europe many of the forests there are completely off limits to riding due to noise (Black forest is…need to look into other areas).  In many areas sound laws also apply to private land.  Within city limits you are very limited.  If your neighbor complains about you or your kids riding around your own back yard the cops may show up.

California has a lot of different noise ordinance laws depending on where you ride.  Some are even time of the year sensitive.

To keep this from being another toothless law, California authorities purchased enough of the new QUEST sound meters at a cost of $1400 each to equip the rangers in the field so they can actually enforce the limit.

Most other states have a law that says excessive or unusual noise is against the law.

Good luck interpreting what that means.  Kid getting heck for noisy bike.

There is a major issue here.

There are plenty of bikes who run louder than this.  Especially when the law says excessive noise.

There is a phone app that can test your decibel level so you know.

This is important if you replaced your mufflers or pipes.

Most dirt bikes if just left as is since 2003 keep the 96 decibel rule.  Because California made it a law that if making/selling a dirt bike it had to be this.

So how many of us put aftermarket exhaust systems on?  Some help lower the noise level but many let it be much louder.

It is a pain to even be tested.  Why do you want to be pulled over or stopped just to have your sound tested.

I surely do not.

It is way harder when states have the law that says excessive noise.  What happens when a warden or officer is having a bad day or a head cold and the sound is bugging him.  Do you just get a ticket?

Hopefully you have a place to ride where none of this is an issue.  Lots of us have to worry about noise level and just bugging others.

So get the app and test your bike if you need to.

Let’s be aware of the problems we might be causing or helping us lose places to ride.

I am thinking electric dirt bikes are the wave of the future.  Not just for sound but for so many other reasons.

It is easier to ride quiet and not be bugged by warden’s or officers.  That always just takes some of your riding time away.

For me there is not enough riding time as is.You can find out more about electric dirt bikes on my website and if you have any questions, comments please feel free to contact me on my facebook or twitter accounts.

Ride quiet and help us all be able to ride more.