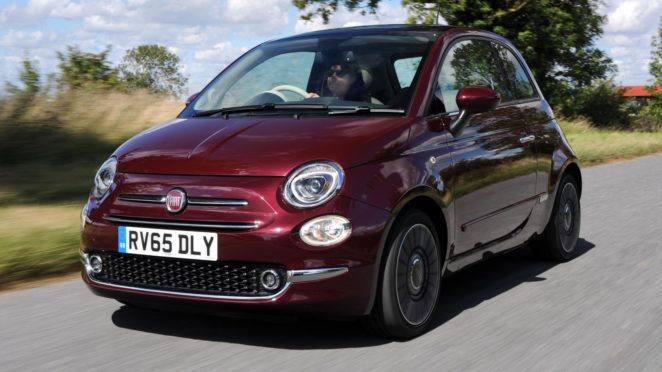 The always popular Fiat 500 dates back to 1957 when it was launched as the Nuova (new) 500 as a successor to the 500 Topolino. The small, rear-engined small city car was designed as an affordable and functional town car for post-war Italy, but it would go on to become a much-loved vehicle in places all around the world.

Two years after the initial launch, Fiat released the 500 Sport which boasted a 499cc engine with 21.5 hp and a full metal roof. This model also sported the now iconic cream colour with red stripes down the size. The 500 D would be the next adaptation with a bolstered engine to the original Nuova, “suicide doors” and a roof that does not fold back as far as the original.

Between 1968 and 1972 Fiat produced the 500 Lusso model. This featured an extra chrome bar at both the front and rear, a stylish and modern interior and a new black steering wheel. The 500 Rinnovata model succeed this in 1972 with a much larger engine and a synchromesh gearbox for a smooth driving experience. Production of the Fiat 500 ended in 1975 when it was replaced by the Fiat 126.

50 years after the original release in 2007, Fiat unleashed a modern interpretation of the 500 which become hugely popular. Most notably, it introduced an engine in the front (as with most modern cars), a centre dash and a gearshift lever. There were also many customisation options to go along with the retro styling which appealed to a wide range of motorists.

The 1 millionth Fiat 500 was produced in 2012 and it was then given another facelift in 2015. This facelift included an upmarket interior with new technology, a dual-bar grille, a lower chrome bumper trim and a range of updated customisation options. This remains the latest model and it is still one of the more popular city cars available thanks to its character, style and affordability.

The Fiat 500 is an iconic automobile and one that is much loved by motorists around the world and this is why it has managed to retain its popularity despite not having any changes in recent times. This also means that it is an excellent automobile to pick up in the used car market when you shop at reputable places like Unbeatablecar.

The popularity of the Fiat 500 shows no sign of slowing down and it is an automobile that has undergone many changes but always retained its classic Italian charm dating back to its original release in 1957 as an affordable city car for post-war Italy. In terms of style, character and history, it is hard to look past this fantastic city car.