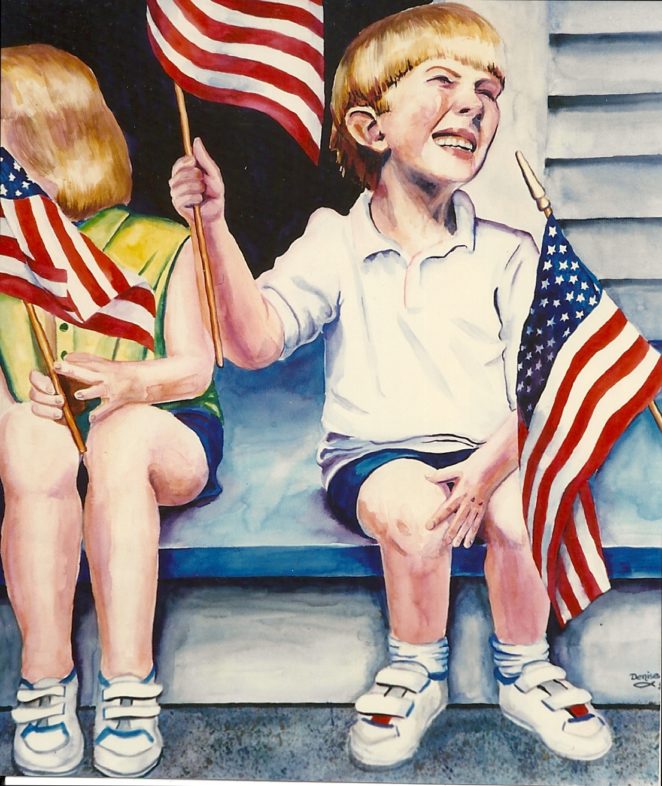 Everyone loves a parade.  These children were sitting and watching the parade go by and were perfect for a photo opportunity.  However they were moving a lot and there were marching bands and whatever in the way of the camera often.  At one point the sister and brother were excitably waving their flags but their faces were obscured.  In another they had dropped their flags but the little boy was looking up into the sun at a passing float.  He had the perfect face so I used that face on a previous pose with flags.   I think the problem with this is the foreshortening of the legs.  I should have made the boys legs a bit longer for his body.