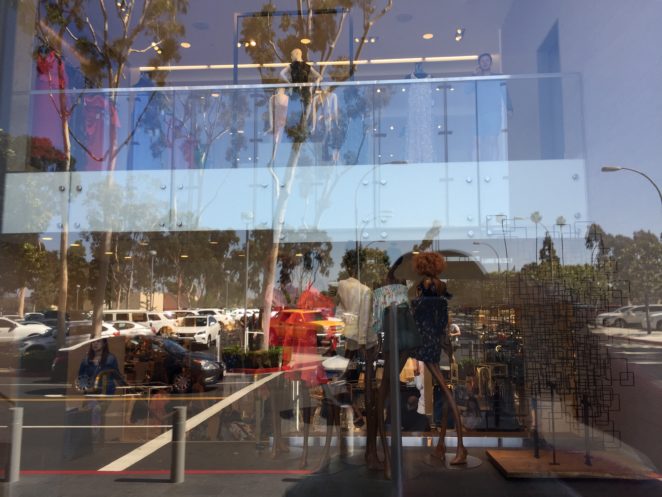 I woke up at around seven in the morning to take out the trash. Then, after breakfast, I decided work on retouching. By 4 pm, I decided to get ready for a photo meetup. I left at 5 pm because I needed to drop by the gas station first. As I drove in my neighborhood, I noticed a couple of girls wearing UCI cap and gown, and I realized UCI had their graduation ceremony today, probably around noon. There was a lot of traffic in the area, and a traffic jam at the intersection between the university and the street I live on. The gas station was also crowded. I finally found an available gas dispenser, but when I parked by it, I realized my gas tank is on the other side. So, I was laughing with the girl in the car behind me, and I decided find another available dispenser on the correct side. By 5:30 pm, I drove slowly to the meetup up, on a hot June afternoon. There was traffic but I wasn’t in a hurry because it wasn’t far away. There was after work rush hour as well as it was a busy Friday evening.

I arrived at 6 pm, and no one was here. There usually is a line already forming before I arrive because most people arrive before me. The photographer Gary Hershorn and another man arrived, and they entered right away. I looked down and noticed a lizard. I decided to do an iPhone photo shoot. It did a good job posing for me because it was still for a long time. I enlarge me screen to get close-up body shots. I tried to put my iPhone close to the lizard in order to get a head shot, but it got scared and left. I got enough photos anyway. By 6:30 pm, other people started to arrive.

The 7 pm workshop is about NYC photography. The photographer, Gary Hershorn, displayed his creative photographs of landmarks in NYC. I enjoyed it because I wanted to get some new ideas for taking interesting local pictures, but I live in a suburb, and the landmarks in Irvine include UC Irvine, Spectrum Centrum, town centers, parks, hiking trails, arcade, and bowling alley. His NYC photos included city buildings, sunsets, sunrises, moon sets, moon rises, downtown environment, skyline, night scenes, and daylight photos.