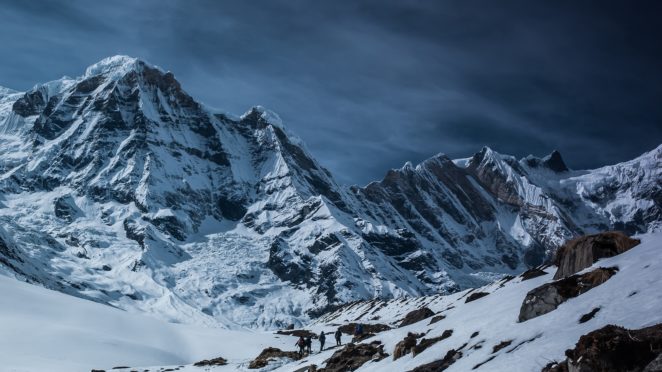 The place that I still remember very well to this day lies around 5,000 feet high, and packed white with snow.

There was a school trip up to the mountains for skiing and snowboarding.  A trip that was designed as a prize for those students who passed the class with an “A”.  I was one of the lucky few, at least it seemed till I got onto the mountain.

It was a beautiful winter day, not freezing like most winter days, so we were able to enjoy a day of lounging and skiing. My friends and I got on the ski lift, all prepared to go on all the fun and most dangerous trails.  Even though it was my first time skiing, I didn’t want them to make fun of me for being a chicken so I pretended that I was a pro.

“Peyton, don’t be a chicken,” my friend Riley said.

Isn’t the trail a little too steep?”

That’s right, I just wanted to make sure you weren’t scared.

Riley, myself, and our friend Leah stuck our poles into the freshly packed in snow and set off on our adventure.

The hill was steeper than it even looked, but I braved my way through the slalom of twists and turns. I had lost track of my friends after one of the turns, and almost ran into a tree but kept going. At the end of the steep slope, I was able to catch my breath and look for my friends. However, it seemed they were nowhere in sight.

Riley!  Leah!  Where are you guys?

I yelled their names at the top of my lungs for hours it seemed. I could not find them anywhere.  I even got back on the ski lift and went down other trails to see if they went on without me.  After an hour of trying out different trails, I decided to go back on the first one where we started and take a better look.

I half cried, half screamed out their names over and over again on the old familiar slope. I hoped and prayed that they were okay, but was starting to become pessimistic. The ski trip was almost over and soon we would have to return back to the school in time for the buses to take us home.

I decided to look on the opposite turn that I took the first time down. I saw something one hundred feet away that set panic down my spine. I couldn’t tell what it was that far away, but it looked like 4 skis. Surely as I got closer, that is what it was. There were two standing up straight buried at the bottom, packed in snow, and the other two were just laying on the snow next to them.

That was when I thought my friends were really in danger.  Tears started rolling down my cheeks.   After finding what I had found, I went down the the lodge where the chaperons were.

As soon as I walked in, I felt so angry.  There were Riley, and Leah sitting at one of the tables with empty bowls of tomato soup.

They had decided to go lunch without me.