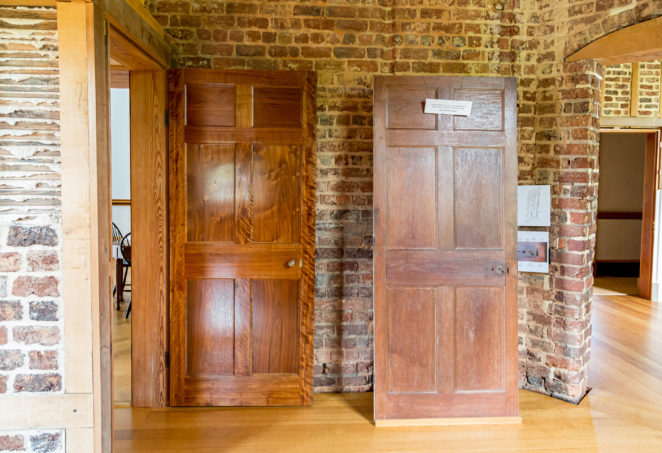 When you walk inside Thomas Jefferson’s house, Poplar Forest, in Forest Virginia, you find the inside fairly bare of woodwork because of a fire from one of the chimneys in the central room. Most of the woodwork and doors were handmade by a Mr. John Hemmings an enslaved man that was now head carpenter. He had traveled over from Monticello to help with the woodwork and general construction of Poplar Forest. These walnut doors were left over and made by him. Many were reproduced in the exact style to replace many that were burned. John Hemmings (or Hemings) worked with the Irish carpenter, James Dinsmore, for years before he became head carpenter. After he was freed, he stayed on at Monticello for all his years and hand made Jefferson’s Coffin.