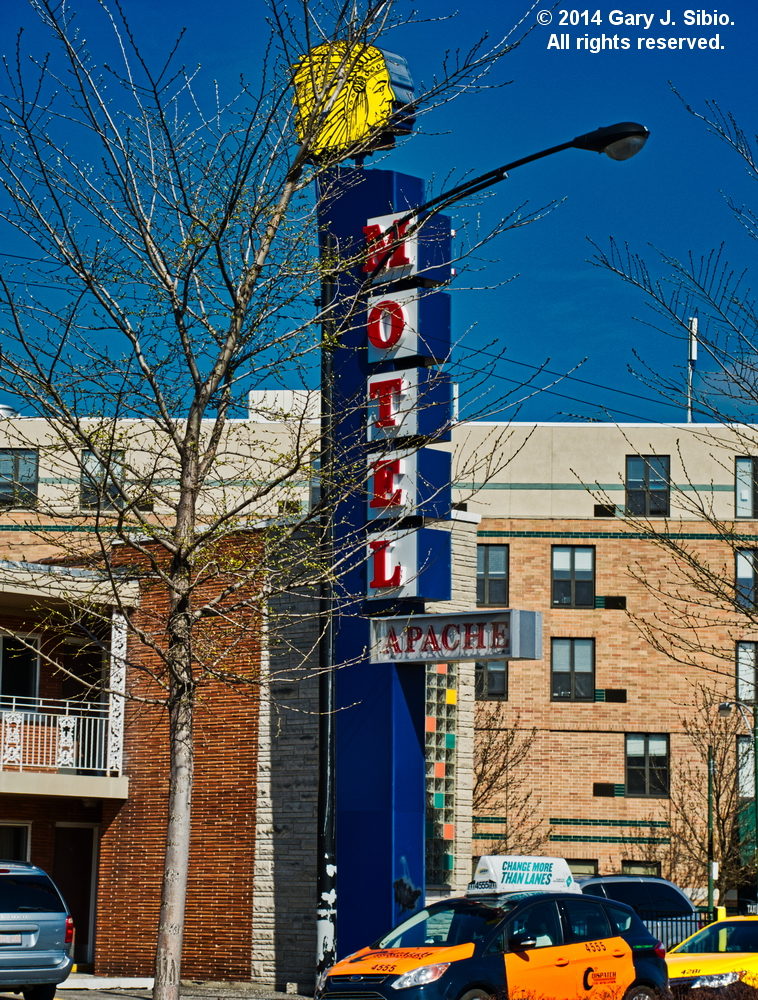 The Apache Motel is located at 5535 North Lincoln Avenue, Chicago, Illinois. This part of the Budlong Woods neighborhood is known as Motel Row. Several blocks south from Peterson Avenue along Lincoln Avenue (AKA US Highway 41) were populated with motels used by travelers during the 1940s, 50s and 60s. at one time there were about a dozen of them. They fell into disuse as the interstate highway system was built. For a while they were sleazy, pay-by-the-hour facilities until the city, who wanted them to be torn down, settled for them being cleaned up. (Some of the motels were demolished but the Apache Motel is one of the survivors.) They were also very popular with touring rock and roll bands.

In the late 1990s three of the properties were torn down by the city’s use of eminent domain at the instigation of Mayor Richard J. Daley and Alderman Patrick J. O’Connor. Ironically a police station was built on the former location of the Spa Motel.The photo was taken using a Nikon Coolpix P7700 camera. Editing was done using Luminar 2018, I straightened the image a bit and used the RAW Develop filter to raise the contrast, whites and clarity and lower the blacks. Next I added the Accent-AI, AI Sky Enhancer and Polarizing filters. I used the Tone filter to lower the SmartTone and added the Structure filter. Lastly I used the HSL filter to increase the saturation in the yellows. 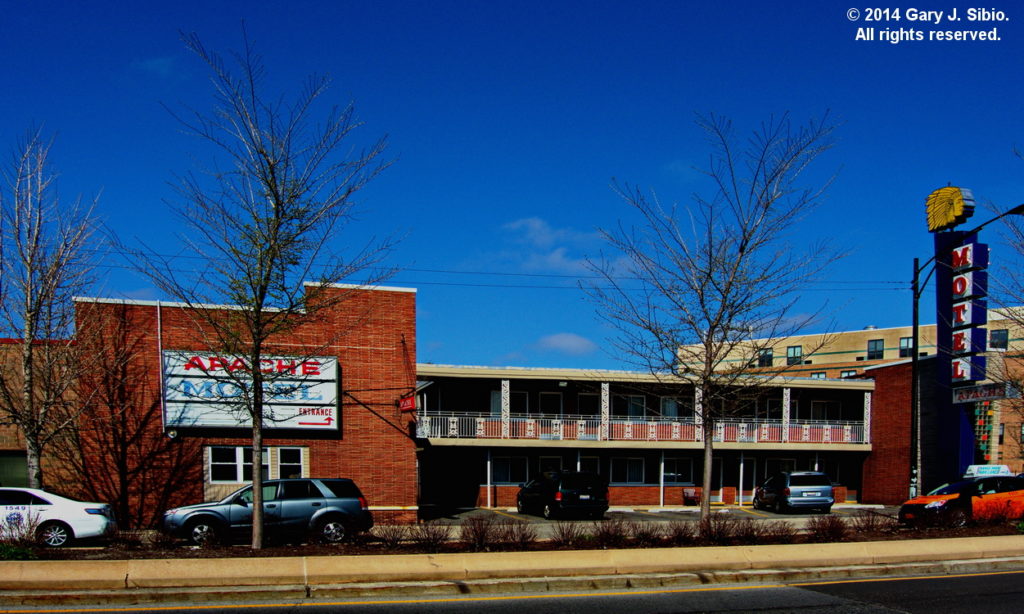 The photo was taken using a Nikon Coolpix P7700 camera. I used ACDSee Ultimate 2019 to do the editing. I straightened the image and corrected the perspective using the SmartErase tool to get rid of an opaque area in the sky that resulted. I adjusted the lighting, levels and tone curve, boosted the contrast and clarity then increased the saturation in the reds and yellows.