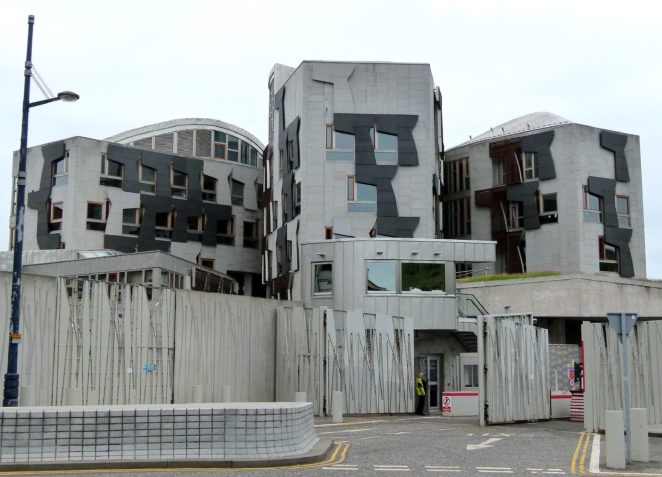 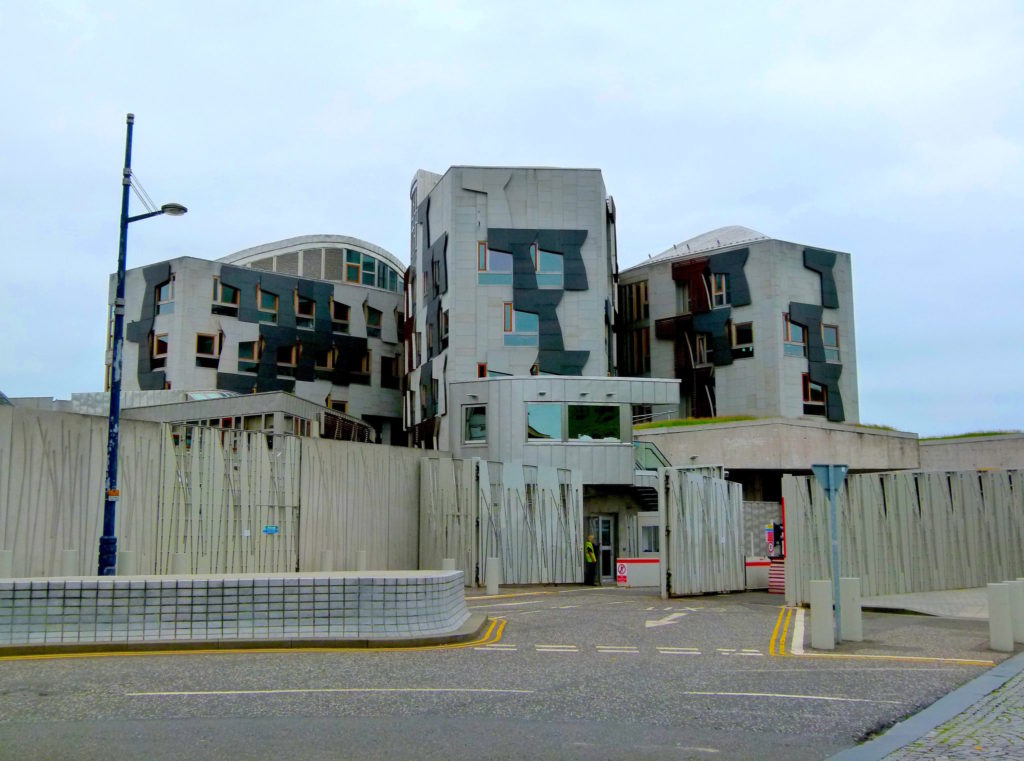 A strange-looking building. If our tour guide hadn’t told me what we were seeing, I might not have realized this was a government facility.

Scotland’s Parliament Building in Edinburgh has been quite a controversial site. I can understand why.

In 1997, the people of Scotland voted for the creation of the first Scottish Parliament in almost 300 years.

Construction started in 1999 on a site that had originally been a brewery at the foot of the historic Royal Mile.

A budget of 40 million pounds was set aside. But, as often happens, construction cost far more and took far longer.

The estimated total cost turned out to be a whopping 414 million pounds. As is to be expected, this expense resulted in a huge public outcry.

Controversy plagued the project from the beginning when a non-Scottish architect – Spanish architect Enric Miralles – was chosen to design the building. Miralles died before its completion.

The building has been heralded as a masterpiece of abstract modernism and has won numerous architectural awards. I agree that it certainly is eye catching and thought provoking.