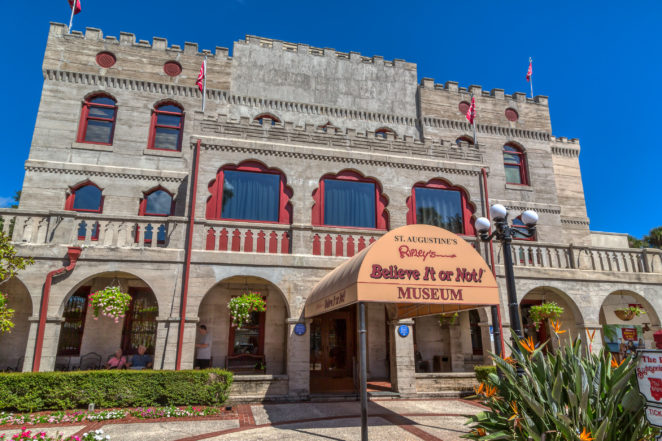 In Saint Augustine, Florida the Ripley’s Believe it or Not is on the edge of town. Originally built in 1887 by William G. Warden as a winter home, the unique architecture stood out among the other architecture in the city. It was originally his home called Castle Warden. In 1941 it became a Hotel and Robert Ripley visited and stayed often until 1950 when he bought it and opened Ripley’s Believe it or Not.