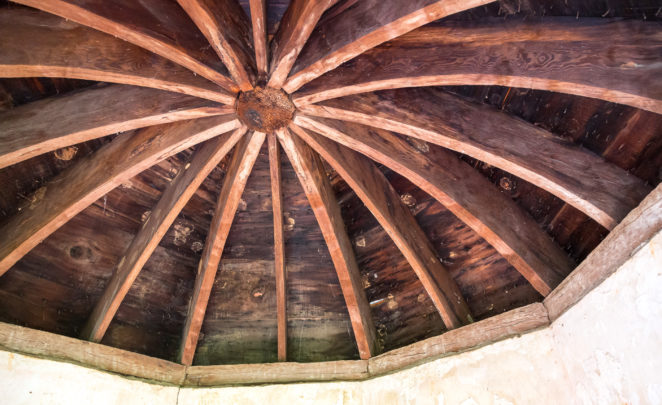 At Thomas Jefferson’s Poplar Forest house in Forest, Virginia, there were two symmetrical brick structures, one at each end of the house. These were about 100 feet from each end and octagonal in shape with nice domed roofs. They were the outdoor restrooms and they matched the main house. Jefferson had a hidden restroom in the house near his sleeping quarters also. Notice the intricate woodwork by enslaved John Hemmings. This roof system made the roof both octagonal and domed.