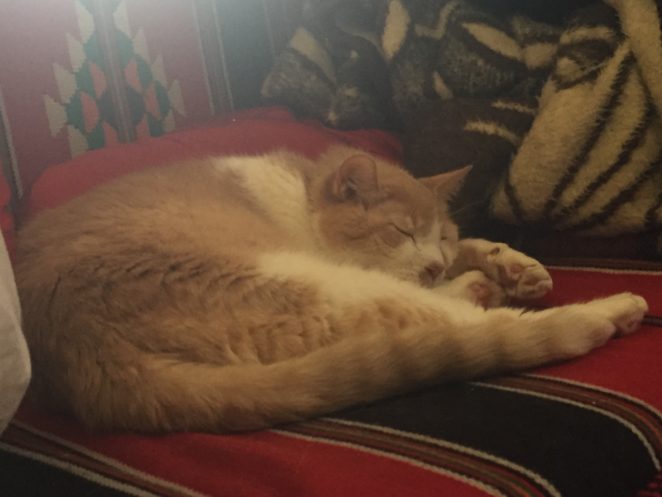 Today, I watched another animal rescue video, where some people are trying to save two abandoned cats from freezing outside in the snow. Neighbors trapped, fed, and kept them warm, while they checked their health checked at the vet, and took them to an adoption center, where a woman who saw them on Facebook came in to adopt them.

This post has three videos about rescuing cats, although there are many dogs who suffer the same problems, in desperate need for the same attention and care.

A street cat who was rescued and helped. He was placed in a foster home, as he further healed. He looks cute and sweet. He had surgery to fix his kidney, and he had lots of medication to improve his health. As he improved within seven months, he started to play and jump around like a normal, happy cat. He soon got adopted a nice home and family.

Two homeless cats were rescued, saved, and transformed back to health in this video. After they were bathed and loved.

There are more videos on Youtube about many homeless cats, dogs, and other abandoned pets who have been rescued, saved, and transformed back to health, and are now lucky to finally have a home, hopefully living indoors where they will be clean, healthy, and happy. After two months, these two cats look happy and clean, inside a house.