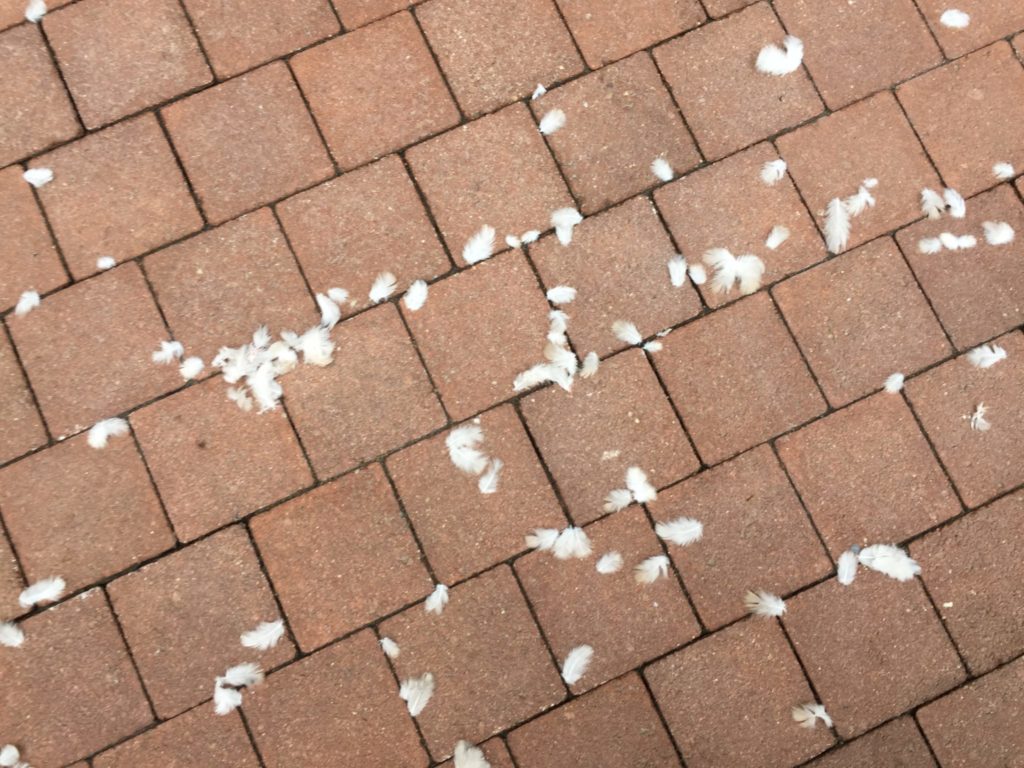 I woke up early to get ready for a 9:30 am Pop Pilates class. I arrived at an empty parking lot at 8:50 am. After parking my car, I noticed a lone black bird just calmly and casually pacing back and forth, as if he was waiting for something or someone with the Black Bird Mafia. He looked suspicious but I didn’t think anything of it because, after all, he is just a bird. As I walked through the quiet mall, I noticed a penny on the ground. I haven’t found a penny in a long time. It used to happen more often. I walked through the mall, noticing mostly maintenance people cleaning. All of the sudden, I noticed a medium-sized brown hawk-like bird pecking and nibbling on a white dead bird. It was holding the dead bird tightly as he was eating it. I just stopped walking and stood there, staring at it. It looked alarmed, as it looked back at me, continuing to eat the white bird. I saw some blood on the dead bird, where it was killed, which looked like it was around the neck area. The brown bird suddenly flew upwards with its kill, and soft and small white feathers scattered everywhere similar to fluttering snowflakes. It was sad. I felt sorry for the white bird. I wonder where the brown bird found this white bird because I haven’t seen any white birds flying in this area. I felt like I was watching some kind of sacrifice ritual. I haven’t even seen a brown bird like that in a public area. Public areas usually have small birds and black birds bathing in the water fountains, and maybe scavenging for food in the garbage or begging from people eating their meals outside. 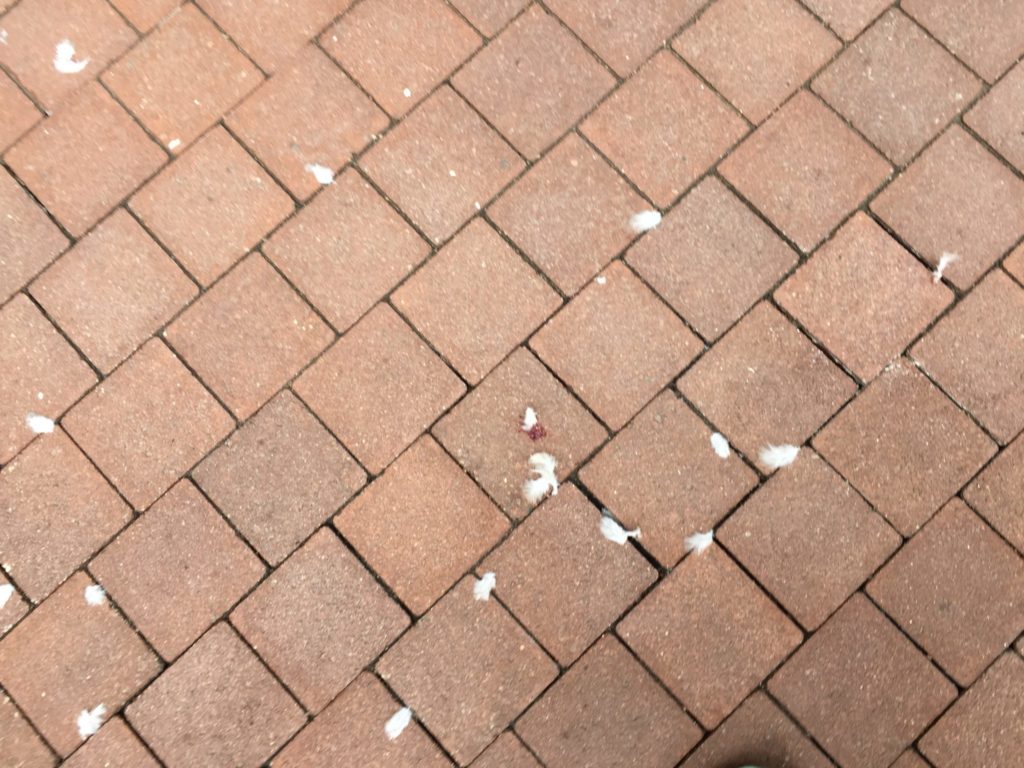 There was a substitute for Pop Pilates class. After one hour of class, I went home.