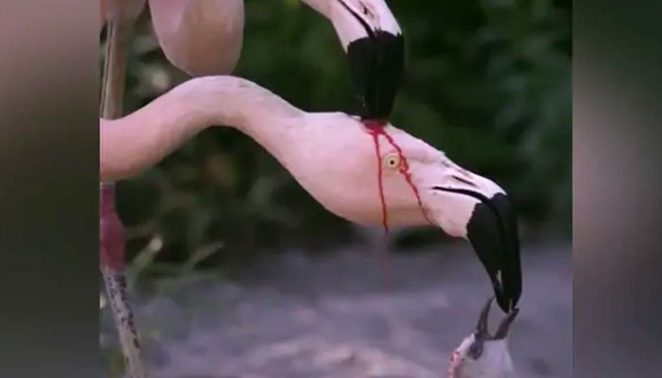 The Forest Service Officer , Parveen Kaswan, shared a video of flamingos on Twitter, which apparently looks like both are fighting, but are actually feeding their baby.

Parveen Kaswan belong to India’s forest Department and often appear on social networking websites Twitter to share interesting videos and photos of animals as well as provide information. Recently, Parveen Kaswan shared a fascinating video from his account of the flamingos that apparently seemed to be fighting each other.

However, Parveen Kaswan said in the video caption that the two birds are not actually fighting. In fact, both of these birds are feeding their baby, and the blood that is fluid is actually their milk.

No they are not fighting. This is one of the most amazing thing in nature. Parent flamingos produce crop milk in their digestive tracts & regurgitate it to feed young ones. See how together they are doing it. Source: Science Channel. pic.twitter.com/GrJr4irGox