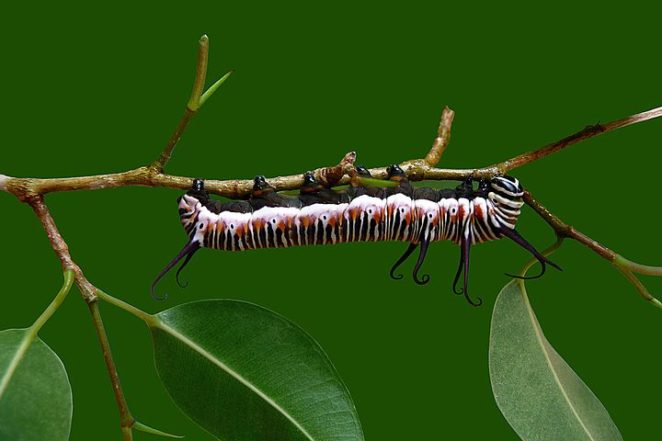 There are some really cool caterpillar facts.If you don’t think so just check these out!

There’s a caterpillar called the Jewel Caterpillar in the Amazon Rain forest that looks like a walking gummy worm.

The U.S. government, in 1990, once planned to eradicate the cocaine trade by using millions of caterpillars that feed on coca plants to destroy coca crops.

Caterpillars move by first sliding their internal organs forward then picking up their legs to match the position of their innards.

There is a caterpillar with a cat face.

Some Arctic caterpillars can’t eat enough during summer to sustain transformation so they winter over frozen solid, protected by their blood’s antifreeze properties. It may take 14yrs before they build enough reserve to transform. These are the oldest caterpillars in the world.

There is a species of caterpillar nicknamed the “Assassin Caterpillar” capable of killing humans.