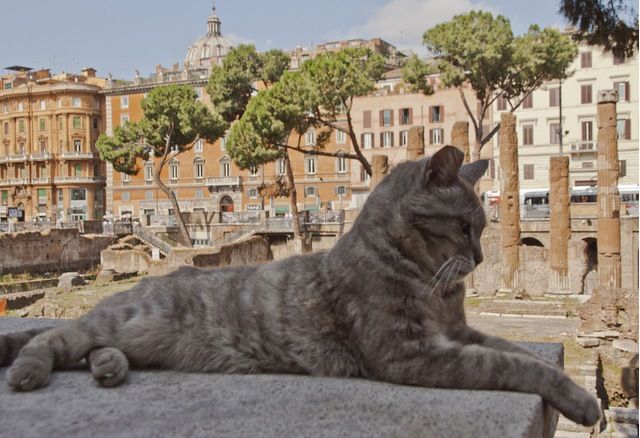 In the ancient Roman times, the Romans respected cats and their ability for catching vermin. Cats were often brought along by Roman armies to they could protect their grain stores and served as military mascots.

In the 5th century B.C. Phoenician traders introduce cats to Europe. Before this Romans used ferrets to control rodents. They preferred cats because they were also great hunters.

Soon cats were also adopted by Roman households. The House of Faun in Pompeii had a well-known mosaic that depicted a cat with a dead game bird.

Today you can find about 300,000 cats in Rome. Cats have inhabited the city as part of the local government Bio Heritage Program. You can see cats roaming all over the city including the well-known landmarks such as the Coliseum.