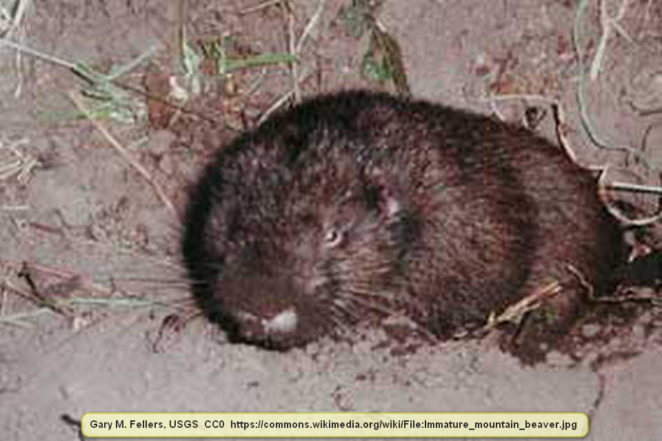 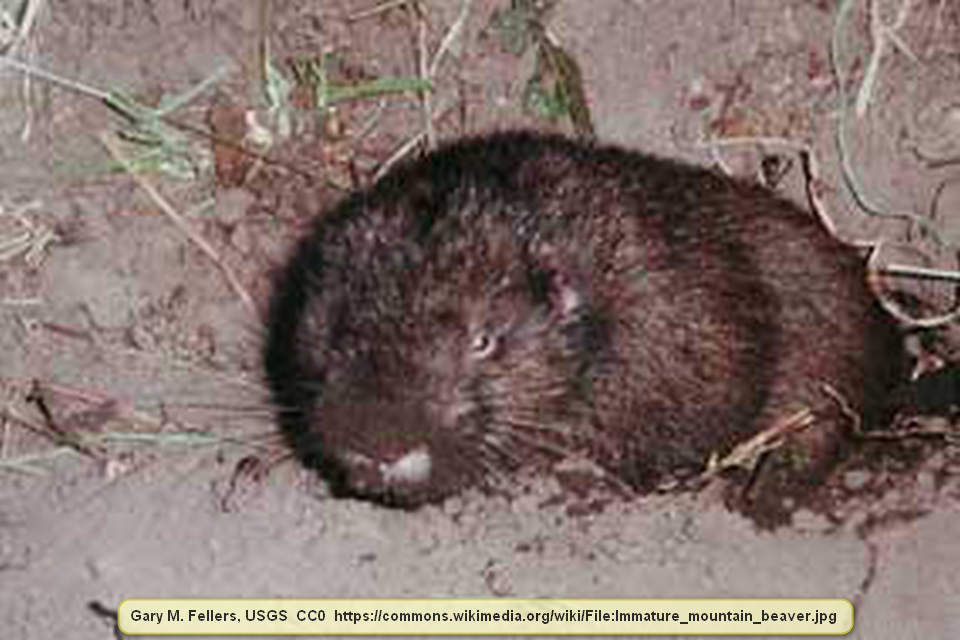 If you’ve never heard of a sewellel, you wouldn’t be alone. A lot of people haven’t heard of it. If you’ve never seen one, that is even less unusual. Most people who even know what it is haven’t seen it, either. It is a curious creature, though.

As might be surmised from the picture, a sewellel (Aplodontia rufa) is a rodent. The one that is shown is not an adult. These animals are fairly large for rodents, with the adults often weighing about two pounds and growing to a length of a bit less than two feet. They have a tail that is only about an inch to an inch and a half long.

The name of the animal is a bit awkward to pronounce and it comes from the Chinook Indian name for coats made from its fur; Swalal. Many people simply call it a “mountain beaver”, though that alternate name is a total misnomer and it is highly misleading. This creature is not a beaver and it isn’t particularly fond of the mountains. In fact, it is more likely to be found in the lower country.

Indeed, sewellels aren’t at all closely related to either American beavers or Eurasian beavers. Its range overlaps some of the beaver range, but beavers have a much larger range. Sewellels are found along the Pacific coastal area of North America, from California to British Columbia and between the coast and the Cascade Mountains. American beavers range much farther inland in both the US and Canada.

As already mentioned, the tail of a sewellel is small. It is also round like that of a marmot. Beavers have large, horizontally flat tails. Although sewellels prefer damp, soggy ground, they aren’t semi-aquatic like beavers. They don’t have webbed feet, they don’t build dams, and they don’t build mound-nests of twigs in the water as beavers do. Although sewellels sometimes eat twigs and inner bark or cambium like beavers, they also don’t chop down trees, which is a well-known beaver trait. The main part of a sewellel’s diet is quite un-beaver like. They like eating ferns and that is what makes up most of their food supply. That includes species of ferns that are poisonous to other animals.

Sewellels breed early in the year; January to March, and 1-3 babies are born about a month later in underground dens. The young are born helpless with the eyes closed and without fur. The adults have dense, soft fur, which is what made them suitable for coats to the Indians. The animal was often eaten, too.

The main predators for sewellels are coyotes, bobcats, owls, eagles, and cougars. These rodents are also occasionally plagued by the largest flea known. The flea can reach lengths of almost a third of an inch.

Another difference between beavers and sewellels is that beavers can’t climb trees. Sewellels sometimes do climb, though usually not far off the ground and normally for the purpose of getting to tender twigs.

Unlike beavers, sewellels are also nocturnal, which is part of the reason they are rarely seen, though they are listed as an animal of least concern and there are numerous. These are not social animals, however, they are also not strongly territorial and home territories sometimes overlap. Sewellels don’t hibernate and are active all year long. The average lifespan is 3-5 years. 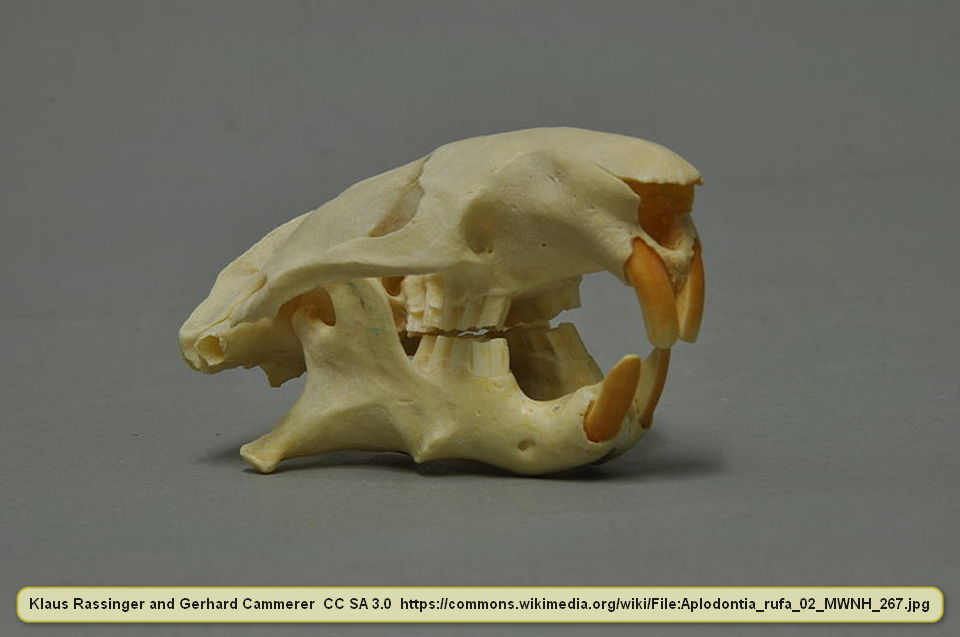 You now know more about this curious rodent that is often mistakenly called a mountain beaver. In fact, if you hear someone referring to a mountain beaver, you might remember that they are talking about a sewellel. These creatures are not beaver-like. It is said that the designation, mountain beaver, came from the brown to gray coloration and to the large size, but it is actually more similar in size to a marmot, which is also brown to gray. A more appropriate name would probably have been “marsh marmot”. Either way, it is quite distinct from beavers, doesn’t often live in the mountains, and isn’t found above 7,500 feet. It is certainly not even close to the size of a beaver, which can be 20 times heavier.