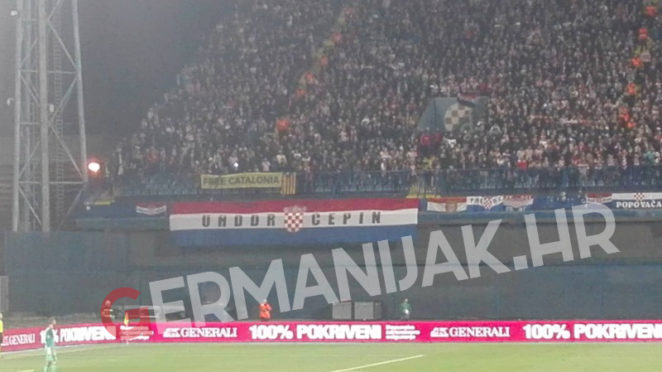 On a football match Croatian and Spain Croatian fans hoisted the flag of the Free Cataloina, which provoked the Spanish fans. Although the flag was immediately removed by the security guards, UEFA would probably punish Croatia with a fine or perhaps play 1 match without fans. UEFA does not like any political messages at stadiums. I believe that Croatia, although in charge of the organization of the match, does not have to be penalized for the very small group of fans who have simply come to provoke and not look at football. he fans always bring something not allowed, but the team and the players don’t have to pay the consequences.