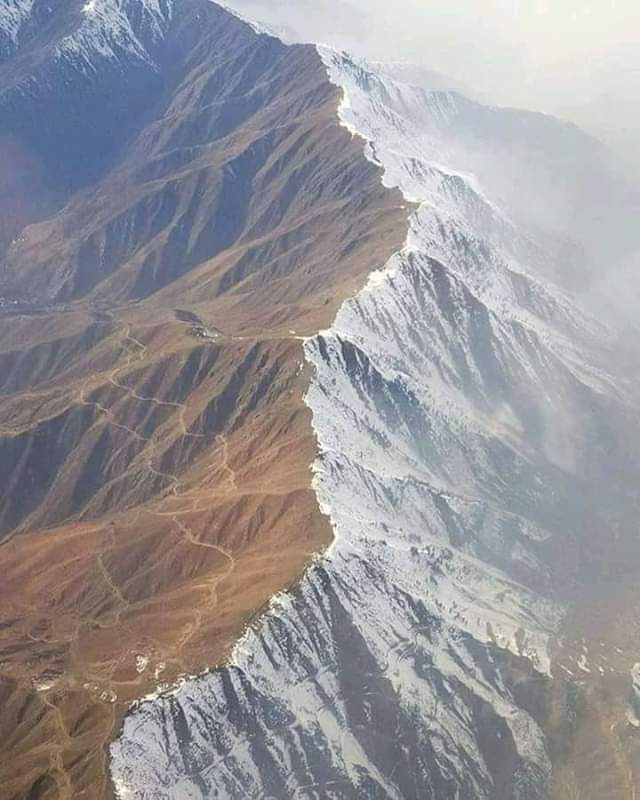 Quetta is a major city in Pakistan in Balochistan province. The city is also the capital of Balochistan Province. In 1935, the city was completely destroyed due to severe earthquake that would have killed thousands of people. This area consists of large mountains. The photo I am sharing today is known as the Dead Mountain (Koh e murdar). The hill is located very close to the city of Quetta and is also known as Chilton Hill. The height of the hill is 10446 feet. This mountain is the sixth highest mountain in Balochistan province.

This photo was taken yesterday when it was raining and snowing. How the rain and snow have divided the hill. On one side is snow and rain on the other. Quetta has been raining since last night. And forecasts of more rain and snow.